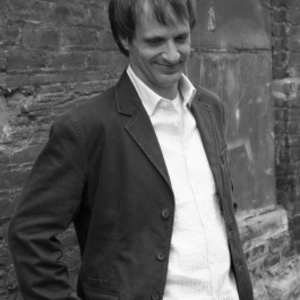 Gary Bennett co-fronted and was a founding member of the critically acclaimed country music band BR549, who recorded five well-received albums (four with Arista and one with Sony), received three Grammy nominations and was hailed by music industry trade magazine Billboard as having single-handedly revived the soul of country music in Nashville. During Gary's tenure, the band sold over 500,000 albums and toured the world, headlining shows as well as opening for such artists as Bob Dylan, George Jones, Merle Haggard, the Black Crowes and Brian Setzer.

BR549 was also voted "Best Country Group" in 1996 by Rolling Stone magazine.
Bennett was born October 9, 1964 in Las Vegas, Nevada to country music loving parents. After living in Conroe, Texas for the first 5 years of his life, and a year more in southern California, the family settled in
the small Northwest-logging town of Cougar, Washington, which is nestled at the foot of Mt. St. Helens. By age 16, Gary was playing bass for a gospel band and began to get a taste of the musician's life on the road.
After high school and a series of logging jobs, Bennett began performing as a solo act in hometown bars every weekend, playing the traditional country songs he had learned as a boy from his parent's record
collection, along with a growing repertoire of original songs.
In 1993, he loaded his pickup truck and headed for Nashville. Unfortunately, he arrived at a time when "real country music" had been all but forgotten.
After attending many fruitless songwriter nights, Gary began hanging out in the honky-tonks of the historic "Lower Broadway" area of downtown Nashville. "I felt that though it was a destitute scene, it was also
wide open for something to happen there," he reminisced. Within a month, Bennett took a solo gig at a bar there. Eventually, he fronted a band at Roberts' Western World, a boot store by day, honky-tonk by night. It was about this time that he met singer-songwriter Chuck Mead, and the duo quickly realized they had similar interests and styles. The chemistry was perfect for an updated approach to traditional country music.
The two formed the group, which after various personnel changes, became BR549. Less than six months after arriving in Nashville, they were on their way to becoming the darlings of Music City. BR549 graced
the cover of Billboard magazine before they even had a record deal. Shortly thereafter, the band was
hounded by every major record label in town, eventually signing with Arista Records.
After five major album releases and years of constant world wide touring, Gary felt as though the musical freedom BR549 once enjoyed had become stagnant due to the "retro" pin tagged to them. Wanting to make original & more progressive music, Bennett made a decision in to step away from the group and let his head clear. Gary Bennett left BR549 in 2002 and retreated from music for a short while, only to return to writing and performing in 2006 with the release of his first solo record "Human Condition".

Human Condition was praised by critics and fans all over the world. After a string of short concert tours and the release of a DVD, "Inside and Out", Bennett took a break to focus heavily on songwriting. A batch of great songs have been written since then with many more to come. Bennett is currently focused on a career as a songwriter. Gary recently produced a record for nephew Jason Capps and the two are performing live together in the McNeills.