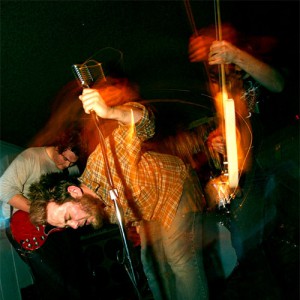 Ganon formed in the summer of 2001 and are currently recording their third album. What started as a bad imitation of Burning Witch and Eyehategod eventually evolved into the band heard on 2008's "As Above, So Below." A few guitarists have come and gone, as well as a few vans (R.I.P. Vanon I & II), but the band's vision has never changed: "Lets play this f*ckin' set so I can go sleep in the van."

As Above, So Below

In the Dead of Sleep