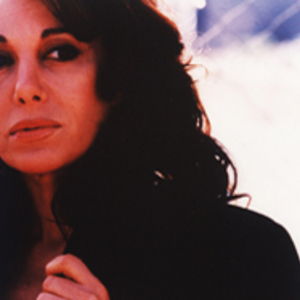 Adriana Varela (born Beatriz Adriana Lichinchi on May 9, 1952 in Avellaneda, Buenos Aires, Argentina) is a female Argentine tango singer, with a successful career that encompasses seven records, as well as minor movie roles Adriana Varela is regarded as one of the main Argentine tango singers of recent times, with a prominent singing career that begun in 1991 with a cassette named "Tangos". Two years later she launched her second record, "Maquillaje", where she also included her previous works.

Adriana Varela is regarded as one of the main Argentine tango singers of recent times, with a prominent singing career that begun in 1991 with a cassette named "Tangos". Two years later she launched her second record, "Maquillaje", where she also included her previous works. This record would prove very successful, with the special participation of renowned artists such as singer Roberto Goyeneche and pianist Virgilio Exp?sito. For this album she was awarded the ACE award two years in a row.

She is nowadays a star that shines most, the best seller, the most sought-after recording artist, the one who most often appears in the Buenos Aires venues. She is, as well, the one most resisted by the traditional tango lovers, who regard her as a bad fake of "Polaco" Goyeneche in his last stage and think that she is rather a speaker than a singer.

On the opposite side, she is admired by many ones that do not often listen to tango - especially those between age 30 and 45- but however are precisely attracted to her style. To these features we have to add her good-looking figure and her sensual personality.

Adriana's case could be a similar case to Julio Sosa's in the 60s. He was widely acclaimed either by those not very close to tango or as well by young people, but he was hardly accepted by the connoisseurs of Buenos Aires music.


Between 1991 and 1996 she recorded three more albums, "Corazones Perversos", "Tangos De Lengue - Varela Canta A Cad?camo", and "Tango En Vivo", which was recorded live on June 1996 at the Coliseo Theatre in Buenos Aires.

Between the years 1996 and 1998 her fame increased, with her participation on famous festivals such as "La Mar De M?sicas" in Cartagena, the Porto Alegre festival, and the Grec Festival in Barcelona. In the latter, the full audience stood up to cheer her performance for a considerable time, as a proof of her increasing popularity.

In the years that followed, she has begun the creation of a new album, "Cuando El R?o Suena", under the artistic direction of Jaime Roos, and has participated in the Bajofondo Tango Club alternative "electro-tango" group, where she has a notable performance as lead singer in the songs "Perfume" and "Mi Coraz?n", among others.

Varela has also acted minor roles in movies such as Al Coraz?n, directed by Mario S?bato, and in Marcelo Pi?eyro's Plata Quemada, and is also known for her outspoken left-wing politics, which she has never attempted to hide.