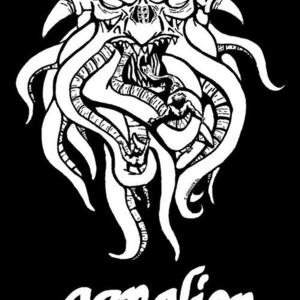 There are multiple bands that have used or are using the name Ganglion. The most recent and active is Ganglion of Calgary. Ganglion are an 8-piece band from Calgary, Alberta and the bedroom-studio project of bandleader Ivan Reese. They play an extensive variety of acoustic, electric and homemade instruments utilizing classical, modern and extended techniques. Ganglion have been active since 2004.

The most recent and active is Ganglion of Calgary. Ganglion are an 8-piece band from Calgary, Alberta and the bedroom-studio project of bandleader Ivan Reese. They play an extensive variety of acoustic, electric and homemade instruments utilizing classical, modern and extended techniques. Ganglion have been active since 2004. Since that time, they have recorded hundreds of hours of music while only playing a handful of concerts. Ganglion organize themselves at www.myspace.com/spiralganglion and call www.ganglion.ca home.

An emphasis on instrumentation and technique is the source of Ganglion's extensive sonic palette. Genre touchstones range from textural electroacoustic tape works to balls-to-the-wall rock, fully orchestral post-opera, tuvan country and spoon metal, littering sock-hop and glitch-acoustica, echo chamber quartet music, pogo-tango, supra oompa, fourth stream and wet bop.. and all the uncharting space between. The mantra, "From the four sections of the orchestra to the four corners of the earth," sums up their approach.

In concert, performed songs are played quite differently from the recorded versions, and often differently from every previous performance. They delight to re-work or write anew every song for every show, to strike a nice balance between diversity and familiarity. Prior to 2009, there was no fixed lineup of musicians, with long-time regulars and one-time contributors filling different roles at every outing. Performances have featured between one and twenty-odd players, the band often pulling in members of the audience to drum along or sing freely.

There was also a metal band called Ganglion, based in Minneapolis, Minnesota, which lead a reign of terror and left in it's wake a path paved with danced-out local anarchists, feminists, and even a few soccer moms! Led by singer (and screamer) Jim ASS (also singer in the local band ASS), Trent on guitar, Angie on the Bass and Eric on drums. They are now broken up, sadly. Their entire catalog is available for download here: http://assrecords612.blogspot.com/2010/01/ass13-ganglion-discography.html. While they have been broken up for a while, they have recently released commentary as a companion to their full discography.

There has also been a third band with the name Ganglion; a norwegian hardcore-punk/prog-rock band. The band exists no longer, but the members are playing in well-known bands such as Extol, Silver and The Loch Ness Mouse. See Gangli?n.

Returns To You (EP)

As Steel Takes To Flesh (EP)