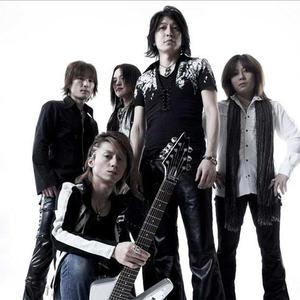 The current members are Masatoshi "Sho" Ono (vocals), Syu (guitar), Taka who replaced Yu-To in 2009 (bass), YUHKI (keyboard) and JUNICHI (drums.) Veterans of the heavy metal scene, they set to work assembling a band. Syu, known as guitarist for the indie heavy metal bands ValkyR, Animetal and SPINALCORD, where he also served as lead vocalist, and vocalist YAMA-B, who worked with bands Gunbridge and REKION, originally were joined by keyboardist A (of Valkyr) and drummer Toshihiro Yui (Formerly of Honey Quest and Cemetary.) They soon were to recruit keyboardist Yuhki, of Ark Storm, and drummer Junichi Satoh. After Tsui left in 2006, they recruited yu-to of DELUHI. They were signed to VAP Records. Syu writes music for the band and contributed his deep, roaring vocals, while lead vocalist Yama-B contributes the songwriting, with lyrics and song titles in English. Galneryus has a dress style that borders on the style of visual kei, with medievally styled and leather dress, toting instruments with coloration to match,although recently they have set for a more casual style.

Galneryus' first album was the Rock opera styled Flag of Punishment. Through a few loosely tied songs, this album seems to tell the story of a revolution to gain freedom, and its victories and losses. The second album, Advance to the Fall seems to be more of a straightforward album, which doesn't tell a specific story, but rather tells a collection of smaller stories for the sake of standalone pieces. Cover art for both albums is that of Yoshitaka Amano, artist for the Final Fantasy series of video games.

In 2008, Vocalist YAMA-B left the band due to creative differences. Masatoshi Ono has been announced as the replacement.

Under The Force Of Courage

The Ironhearted Flag Vol. 2: Reformation Side

The Ironhearted Flag Vol.1: Regeneration Side