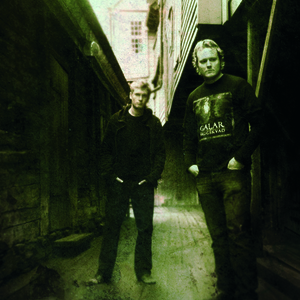 The birth of Galar Galar, hailing from Bergen, Norway, was formed in 2004 by M. Kristiansen (screams, guitars and bass) and S. B. Johnsen (lyrics). They released their first and only demo early the next year. A. B. Lauritzen (clean vocals, bassoon and grand piano) participated only as a session member at the time, but joined the band on a permanent basis shortly after the completion of the demo. Skogskvad

The demo received good reviews, and soon after its release Galar signed to the German label Heavy Horses Records for one album. Drummer Tordenskrall joined the band in time for the recording of the debut during the summer of 2006. ?Skogskvad?, which is a fine mixture of furious blast beats, slow parts, and both grim and clean vocals, received great reviews after its release on the 11th of October the same year. On the album Galar explored new ground by adding the great sound of the bassoon to their music.

Not to long after the release of ?Skogskvad? Tordenskrall left the band to focus on his studies back in his native Germany. S. B. Johnsen also left the band at this time.

Til alle heimsens endar
In March 2009 Galar again entered the studio to record their much anticipated sophomore album, ?Til alle heimsens endar?. This time around they decided to work with producer Bj?rnar E. Nilsen (Vulture industries, Black hole generator) in his Conclave and Earshot studios (Taake, Helheim, Gorgoroth, Enslaved etc.). As a replacement for Tordenskrall, Galar recruited talented drummer Elefterios ?Phobos? Santorinios (Aeternus, Malsain, Gravdal) as a session drummer. Several other guest musicians participated, including Cecilie Langlie (Skumring) on female vocals. To develop the sound even further, and to make it as organic as possible, a string quintet was included as well, in addition to the grand piano and bassoon as before. On ?Til alle heimsens endar? Galar combines haunting melodies with blast beats and grim vocals, and creates a sound that is evocative of the traditions of both black metal and folk music.

?Til alle heimsens endar?, which will be released through Dark Essence Records on the 1st of March 2010, tells the story of the first five Ynglinger kings who ruled in Vestfold in the 8th and 9th century.

The lyrics are written in Norwegian by Jorge ?Blutaar? Scholz from Drautran. The booklet contains introductory notes in English explaining the concept, together with an explanation for each song.

A. B. Lauritzen
Clean vocals, grand piano and bassoon


CONTRIBUTORS on TIL ALLE HEIMSENS ENDAR