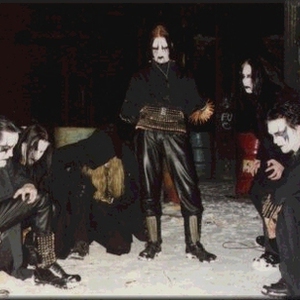 Funeris Nocturnum has been dead and buried since April 2004. Ruho left the band in February and Trmnt.xes in April, and as a result of these line-up changes the remaining four of us pondered the future of the band for a little while. We all came to the conclusion that it would be best to continue with a new name and a new band. We tried and tried, but never seemed to come up with the perfect name for this new band of ours.

This has been the sole reason we've sort of continued as Funeris Nocturnum. It has not been the same band and quite frankly no one really wants it to be, either. Now that we have finally chosen the name for our new band, we can officially lay Funeris Nocturnum to rest - there is no such band anymore.

We want to thank all our fans, friends and supporters for the great years. It was fun while it lasted. Thank you all!

Our new band is called Atakhama. We're signed to Woodcut Records and our debut album "Existence Indifferent" should be out soon. It's hard to label our music, but I guess you could call it extreme metal, as we're quite much death metal oriented. No matter what you call it, we're far from Funeris Nocturnum.

From The Aspect Of Darkly Illuminated