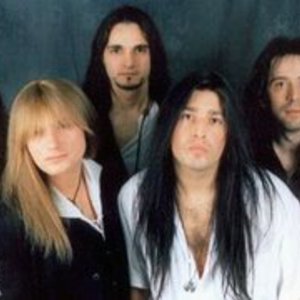 (2) Frontline is a Denmark-based rock group.

(3) Frontline is a Finnish death/grind group.
More information can be found at their MySpace Page: http://www.mikseri.net/artists/?id=47922.

(4) The Frontline is a UK heavy metal group.
More information can be found at their MySpace Page: http://www.myspace.com/thefrontline87.

(5) Frontline is a Northern California hatecore group. Their first CD was 2004's ?Nor Cal Hate Core.'

Frontline took the faster pace of hardcore and added it to Oi!. Eventually they wrote more of their own songs, and produced an album thru Condemned Records.

(6) Frontline is a street punk/Oi!/Bacon Oi! from Novi Sad, Serbia.
More information can be found at their MySpace Page: http://www.myspace.com/frontlineliman.

(7) Frontline is an Australian comedy television program which satirised Australian television current affairs programmes and reporting. It ran for three series of 13 half-hour episodes and was broadcast on ABC TV in 1994, 1995 and 1997.

(8) Frontline is an American documentary television program, distributed through the Public Broadcasting Service. With over 28 seasons, episodes cover a broad range of public affair topics.

(9) Frontline is a techno producer from the london underground.
More information can be found at the MySpace Page: http://www.myspace.com/djfrontline.

(10) ?Frontline? is the moniker Todd Terry used for the release of the 12? I Can't Quite Understand/I Love The Way You Shake.
More information can be found at his MySpace Page: http://www.myspace.com/djtoddterry.

(11) Frontline are a hip-hop duo from Auckland, New Zealand consisting of MC David Dallas and DJ Nick McLaren. After meeting in 2001 in Auckland, the pair recorded some tracks together and released a street album, What You Expect?, and without any formal broadcasting, the album moved over 1200 copies. They were then signed to P-Money's label Dirty Records. They then released their debut album, Borrowed Time, in 2005.

(12) The Frontline, commonly known as Frontline, is a rap duo from Richmond, California consisting of Left and Locksmith, aka Lock. Frontline first gained major recognition when the duo appeared on the inaugural MTV Battle (May 2003), but their road to respect was one of sacrifice and hard work. Left and Locksmith are two cats who believed in their own talent and what could become of it.

Two sides of the same coin- different Either way, they win- you lose. Their multi-dimensional personalities are reflected in their music. They display rhyming ability as both high art and street diatribe, serving a completeness as both MCs and recording artists. This ability to fashion personal experience and insight through music make both Left and Locksmith - architect and sculptor when it comes to structuring rhyme.

'I write rhymes that paint pain/I don't rap for the 'ooohs' and 'ahhhs', booze or broads/I'm trying to express my views and cause/A new shift in the paradigm, y'all niggas is scared to rhyme/Your flow don't compare to mine.' Locksmith- from Workout

The wordplay of Locksmith can be humorous to a listener or crippling to rival MC. He can design rhymes in simplistic prose to capture crowd attention, or produce complex constructs that border on poetry and journalism. In freestyle mode Locksmith's mind can easily turn current events or obscure references into witty punchlines (KMEL Battle #1 on The Bootleg II).

Musically, Left has developed a sound combing hard driving basslines and an sense uncanny sense of percussion, which all began with a simple first worked keyboard and computer program he purchased from a local producer.

Adding different to his equipment to his repertoire enhanced his mastery of sound and rhythm. 'I was moved by percussion first. My first 100 beats didn't have a bassline,' he muses.

'I didn't know my way around at the time. My next layer came as strings- with bass and guitar, then came pianos, then samples. Now it's to the point where I can create anything and understand music in different frequencies.' To fully understand The Frontline and how Hip Hop has shaped these two balanced MC, one need look no further than their hometown Richmond, California.

'I was born in the hood and that's where I'll die, from the Southside of Richmond where the bullets fly/Where you gotta by bars for your windows at night and the fiends trade their kids for a hit of the pipe/I live where killers come in all shapes, sizes and sexes/Gangsta bitches putting bullet holes all in your Lexus/Hell yeah it's crazy, but fuck it- it's home to me.'

Left- from the song "Backdown" Richmond, much like Watts and Oakland, became a bustling haven for Black Americans after World War II. During the mid-1950s through the 1960s the city bustled with work in the industries of railroads, fishing, shipping, manufacturing, and small businesses.

Much of the city's cultural infrastructure began to deteriorate in the 1980s with Reaganomics, loss of industry and an increasing narcotics trade. The Frontline has seen the rise and fall of the city of Richmond first hand. "All we want to do is speak the truth in our music...as a man, that's all you can do".