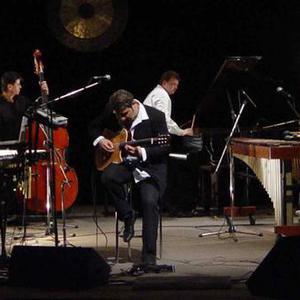 FROM.UZ played their first concert in the West at the Baja Prog Festival, an international music festival in Mexicali, Baja California (Mexico) in March 2007. In a last minute scheduling change, FROM.UZ was moved from the outdoor venue, slated for late in the week, to opening night in the indoor State Theater. They played second in the program, following the host band, Cast. Despite having not fully recovered from jet lag from the long trip from overseas, Fromuz played a dramatic set which won rave reviews from those in attendance.

In 2008, original members Andrew Mara-Novik & Vladimir Badirov left the band and were replaced by Sur'at Kasimov (bass) and Ali Izmailov (drums). An additional keyboardist, Igor Elizov became the 5th member. The new FROM.UZ wasted no time in preparing and performing new compositions by Vitaly Popeloff in two performances in Tashkent, September 2008. These songs have now also been recorded in the studio and will be the band's third release, "Seventh Story."

So, today the band is:

You can learn more about the band at:
http://www.fromuzband.com or http://10trecords.com