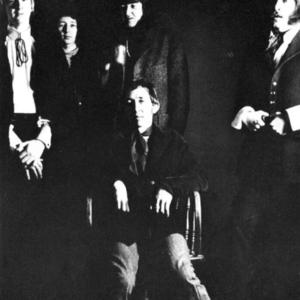 Freedom's Children is a psychedelic rock band that formed in 1966 in South Africa. The band released their debut single, a cover of Cream's 'The Coffee Song', along with its B-Side, a cover of The Rolling Stones' 'Satisfaction' in 1967. Freedom's Children were the subject of controversy in South Africa, at the time a very conservative society, and were often banned from playing in small towns. They were also restricted by censorship.

Freedom's Children were the subject of controversy in South Africa, at the time a very conservative society, and were often banned from playing in small towns. They were also restricted by censorship. For example, in order to get airtime on the apartheid state broadcaster, the band were required to change their name of their first single to 'Fleadom's Children', since the term 'Freedom' was deemed to be too political.

In 1970, Freedom's Children ? the line-up at the time being Ramsay McKay on bass (also responsible for writing the lyrics), Julian Laxton on the lead guitar and electronics, Brian Davidson providing vocals and Colin Pratley on percussion.

This album named Astra was recorded following the band's disillusionment from trying to work in Britain, where they hoped to be a greater success. However, due to sanctions on South African groups by the British Musician's Union, combined with a cultural embargo; they were neither able to play in Britain, nor secure work permits allowing them to stay for a longer period of time. Their time in Britain on a tourist visa did, however, allow them to see a great deal of British bands and was a source of inspiration.

The unusual sound of Astra was created by Julian Laxton's 'black box', an effects unit through which all of the instruments could be patched to change various qualities of the sound, such as phasing, and also adding echoes. Popular rumour has it that Pink Floyd used a version of this Black Box, or was inspired by it, but Freedom's Children deny this, saying that they were unaware of each other's work at the time, and had never met. Indeed there is no real evidence to support the rumour.

The following year, with another line-up, Freedom's Children released the Galactic Vibes LP. This time, all of the band with the exception of Colin Pratley and the new string arranger Robin Netcher were involved in the songwriting process.