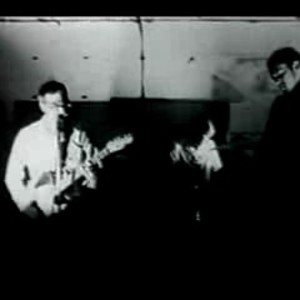 There are 3 bands with this name: 1) A PSYTRANCE DUO: Presenting a project with a new concept, 2 persons working together through the internet, 2 points in the world connected by music, Portugal and Israel... Freedom Fighters are Frederico Curado also known as Dj D.vision, Utopia Records label dj and Shahaf Efrat from Israel. The two met in the internet and since the first track was made they never stopped...

1) A PSYTRANCE DUO:
Presenting a project with a new concept, 2 persons working together through the internet, 2 points in the world connected by music, Portugal and Israel... Freedom Fighters are Frederico Curado also known as Dj D.vision, Utopia Records label dj and Shahaf Efrat from Israel. The two met in the internet and since the first track was made they never stopped...this was back in 2006 and after more than a year working together something different has been created, you can clearly hear the fusion between israel and european styles, this was also what created their trademark as the inteligent grooves and melodies rule in their music.... You can caractherize their sound as a sort of hi tech morning full on, where influences coming from different styles of music like jazz, electro, progressive are perfectly noticed, their music translates who they are ,what their backgrounds are and where they want to go... as they see trance as the music of the future this is exactly what Freedom Fighters music is all about...the evolution will never cease... Countless hours of hard work releasing tracks, compiling cds and touring the world in places like Brazil, Turkey, Russia, Portugal, Mexico, UK resulted in the duo joining the Utopia Records family and will be working in their debut album to be released arround 2008. so far they released in labels such as : Vision Quest, Sirius, Utopia, Magma, Spectral Moon, Enigmatic Sound and much more in the pipeline. there is no borders or limitations when music wants to be created.

2)A NOISE ROCK BAND:
Minneapolis. Late 1990's. One album: My Scientist Friends. One 7": Bell or Bat. No bass player. Two guitars. One and a half voices (two and a half if you count the constantly yammering drummer). One drummer. Brown van for touring. Practiced in Northeast Minneapolis. First show: 7th Street Entry, new band night, 1995. Last show: Foxfire 1998 (Friends Selby Tigers and Sweep the Leg Johnny opened). In 2006, what we (Frank, Joe, Jeff) miss most about the Freedom Fighters: being the Freedom Fighters.
Members:
Frank Bevan (now in New York, taking pictures and running a photo studio), Joe Labatt (now in Seattle, making good food for money and raising two kids), Jeff Guntzel (Now Jeff Severns Guntzel, living in New York, working as a journalist and raising one kid).

3)A REGGAE DANCEHALL COLLECTIVE:
Created in 2000 by Jah Mac, a Nigerian reggae ragga dancehall singer and dancer - based in Toulouse, France since 1995 - Freedom Fighters is a collective of "reggae/ragga/dance hall singers from all over the world, promoting the unity of rastafarai culture through various young talents". Starting in 2001 with a ragga/hip hop album, distributed independently through the ghetto underground movement, they have since then produced 4 albums and 1 compilation, ranging from ragga dance hall mix tape style to dub vibes:

The Freedom Fighters Live Band, with Jah Mac as lead vocal - backed up by the Faya Fighters band - has played around France and Europe between 2003 and 2006.
In October 2008 Jah Mac releases his solo album: "Search and Find/Best of Jah Mac" - limited edition, produced by Tous les M?mes, distributed by Mosaic Music.