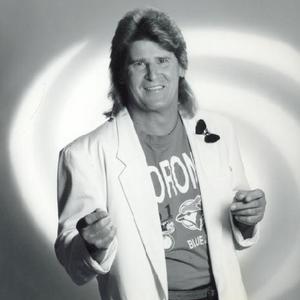 Frederik became a household name in Finnish musicscene in the 1960's. Since then he has scored several hits in Finland every decade. Frederik has recorded over 300 songs and released over 20 albums. Many of them have sold gold in Finland. Frederik is an unique character in the Finnish music scene. In the 1970's he often posed as a machoman, the "Tom Jones of Finland". In this decade he hasn't got big hits anymore, but he records new songs constantly.

Many of them are covers like Kumimies (Dragostea din tei) or Seksipommi (Sexbomb). His previous hits are also mostly covers - three big hits are from repertoire of German Dschinghis Khan group. He has also made cover songs of Village People and so on.
One of the biggest hits is anyway Titanic from the Finnish National Final for Eurovision Song Contest 1981.
Frederik keeps his own style even though the world changes around. There are discorhythms and schlager melodies, and young people is partying in his gigs - even though the man himself celebrated his 60th birthday.

Home Is Where My Heart Is