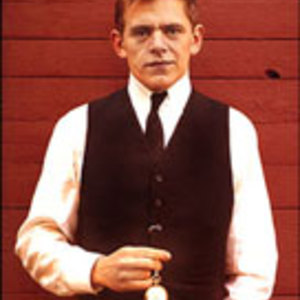 Fred ?kerstr?m (27 January 1937 - 9 August 1985) was a Swedish singer particularly noted for his interpretations of Bellman's music, and his own work of the typically Swedish song segment named visa. These songs, visor, are traditionally very narrative and the performance is "acted" to some degree. The singer is in context a viss?ngare, a troubadour's character. On surface level, ?kerstr?m came to be noted for his actor's interpreations of Bellman's 18th century material, and his unusual ability to reach deep bass notes.

?kerst?m may early have aspired to become viss?ngare, being a devoted listener to Ruben Nilson. After performances at the famous vispr?men "Storken", he released his first record in 1963, Fred ?kerstr?m sjunger Ruben Nilson. He was a contemporary of Cornelis Vreeswijk, and the two were at times very close, touring together and releasing a joint record, early in their careers.

Fred ?kerstr?m was, and still is, indeed one of Sweden's greatest viss?ngare.