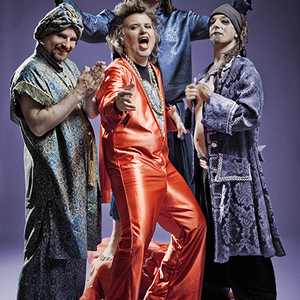 Nina Hagen, a well-known german singer, gave her voice for a duet in the song "Hit Me With Your Rhythm Stick" from the album "Mao Mak Maa".