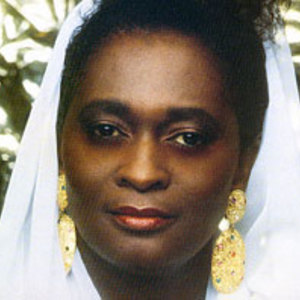 Frances Attended Stephens-Lee High School where she performed with two bands simultaneously. The Famous Tams featuring William "PO Bill" Mills and The Untils, a group of Stephens-Lee's Band Members.Stanley Baird, Bynum Griffin and Clifford Cotton went on to play with such stars as Chuck Jackson and James Brown. Frances was the featured vocalist with both bands. Luckily they were never booked on the same nights.

Frances married Johnny Nero, who was a native of Detroit. She had aspired to go to Detroit after dancing to the sounds of Marv Johnson, who later became a close friend of Frances.She was homesick and went back to Asheville, NC. After a few months she returned to Detroit and settled into married life. After giving birth to her second child, January 21, 1965 she decided it was time to make the world sit up and take notice of her.

After the release from Motown and Frances taking control over her career, her mother was stricken with diabetes and her legs had to be amputated. Without hesitation Frances put her career on hold. She cared for her mother until she died in 1978. Frances went to Cosmetology school and began teaching the Beauty trade.

In 1989, she was contacted by British Producer, Ian Levine. Levine produced over 100 former MOTOWN artists but Frances Nero gave him his biggest hit of his career. "Footsteps Following Me" charted at #3 in the UK Billboard Charts and was affectionately dubbed "the anthem of the nineties".

Frances Nero has appeared on England's top radio and television shows such as Top Of The Pops, The Terry Wogan Show and The Hitman and Her. Her biggest fan base is located in the UK. Her vocals are being distributed around the world constantly by Ian Levine, but she has yet to receive royalties from his company, MotorCity Records.

In 1996,Frances formed her own record label. She wrote,performed and produced LOVE RIDE and IT AIN'T THE SAME WITHOUT YOU. She has gone on to producing a movie,"Reject Island". Her autobiography which she produced in 2006 is reviewed by her fans as awesome, candid and colorful. Her new album, FRANCES NERO,RAW SOUL!