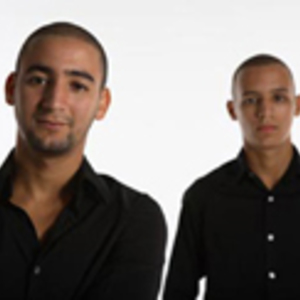 Fouradi is a Dutch hip hop duo from Amsterdam, Netherlands. The group is composed of Moroccan-Dutch brothers Mohamed (born 5 January 1982) and Brahim (19 November 1985) Fouradi. Their first single named "1 ding" (English: One thing) was a national success. It reached a peak chart position of #11 in the Dutch Top 40. In 2007 and 2008 they achieved chart positions with their tracks "Flipmuziek" (English: Freak out music) and "Een nacht met jou" (English: A night with you).

On 27 February 2009 their first and thus far only album "De Favoriete Schoonzoons" (English: The Favourite Sons-in-law) appeared. In May 2009 their record company Walboomers dropped them from the label, due to the decline of their popularity. The brothers also present children's programme VPRO Proefdier.