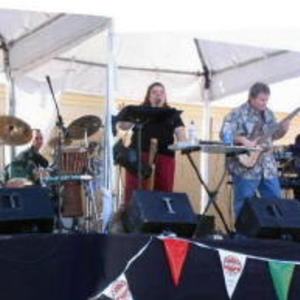 This American quintet has given me an hour filled with fine progressive music. The eight compositions (between 5 and 14 minutes) have got a warm sound, good ideas and plenty of variation. Particularly the combined playing of the keyboards and the guitar sounds strong and solid, but also the changes from dreamy parts into fluent rhythms are well done. The female singer has a nice voice but sometimes she should have sounded a bit more powerful.

Though the general level of this CD is very much acceptable, the second part sounds like it has been worked out with more refinement. Beautiful pieces with classical piano, fine keyboard parts, fierce guitar and a lot of variation in the longest track "Victor's Eye" (over 13 minutes), a fluent and pounding rhythm with beautiful synthesizer patterns and heavy basspedals in "Burning Ink", divine keyboards (from sparkling piano to majestic choir-Mellotron) in the MARILLION-like "Slogans Of Compliance" and Gregorian vocals (intro) and strong combined keyboard/guitar-playing in closing track "The Quest". This band has made a real fine debut-album with warm, 24-carat progrock which should especially appeal to fans of MARILLION, CLEPSYDRA or FLAMBOROUGH HEAD. They still need to grow a bit in composing, because you can hear some compositions don't sound supple enough. But it's a very promising band, maybe their next album will be CD of the month.