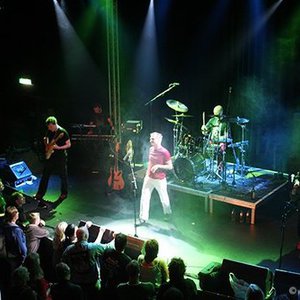 "Since 1988 For Absent Friends has been one of Holland's leading melodic rock bands. Although inspired by bands such as Rush and Genesis, the band has developed its own recognizable sound. The Dutch "rock bible" (Oor's Popencyclopedie) says it all: "Probably Holland's best progressive rock band of the nineties, with its well composed, cleverly produced and, above all, original music. After the mini-album Illusions and the underestimated record Both Worlds For Absent Friends finally breaks through with the third album Running in circles".

This "breakthrough" resulted in live-performances for Dutch radio and television, and in numerous support acts for Asia, Saga and Marillion, to name a few. In 1998 lead singer AT leaves the band for a short adventure with Kayak. He is replaced by Hans van Lint, former lead singer of Ice Party, a former support act of For Absent Friends. In 2000 keyboard player Peter de Jong leaves the band, just after finishing the album The Big Room. In 2006 FAF returns with Square One - their rockiest and best album in their 20 year history.