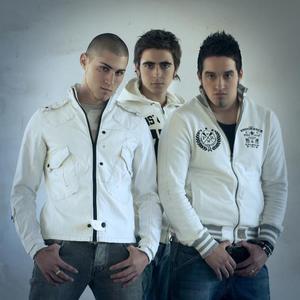 Fonco Flamenco is a group from Sevilla, Spain composed by Astola, Antonio and Rafael. The group started with Astola and Rafael at their early age of 13. Antonio came later on. Astola writes and composes the songs for the group. He is also the one credited for the idea of naming the group Fondo Flamenco. The name came as result of a comment that he made to Rafael while they were taking pictures of themselves in a tipical sevillian courtyard and he told Rafael "Let's take a picture of us with this flamenco backgroung (fondo flamenco)"... and the name of the group was born.

Their interpretations are original, fresh and very playful. Their first CD, "Contracorriente", came at the end of 2007. Their cd had 11 songs written by Astola, including their hit "Ojala" which by the way generated more than 15 million hits in Youtube, then.

Their second CD "Las cartas sobre la mesa?, comes later on December 2008. This production has 14 songs written by Astola and it is mixture of pop with a variety of rhythms and flamenco youth tones.