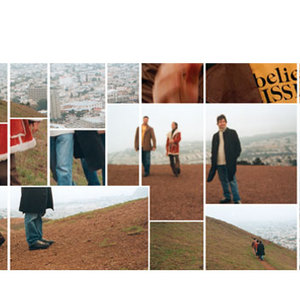 When Michigan residents Jon Fojtik and Ryan Waggoner moved to San Francisco after school, they weren't sure on how to utilize their musical talents. But when they met guitarist Marwan Kanafani, another California transplant (from St. Louis,) they formed Fojimoto over a common love of late-night hootenannies. Influenced by 80's alternative as well as their own love of jangle pop and country rock, the band shared vocals and decided to stay as a trio.

The three began writing together after a short period of playing covers, and decided to record their own debut album with equipment they purchased themselves. The results of their efforts, Just Now Finding Out, was released in the summer of 2002.
This bio is quoted from:
~ Bradley Torreano, All Music Guide, taken from answers.com

Don't Let Your Baby Down