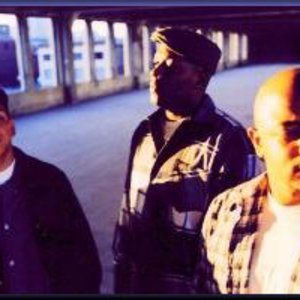 Foesum is an American hip hop group whose members included T-Dubb, MNMsta, DJ Glaze and Wayniac from the Twinz. They eventually went their separate ways and Foesum was last to do their debut album, Perfection. Perfection was released October 22, 1996. In 1986, DJ Glaze and MNMsta created a DJ group called "Perfection" and recruited members from their high school. The next three years "Perfection" as a DJ group rocked many school dances, weddings, and backyard boogies. By 1989, Perfection recruited close to a dozen members.

In 1986, DJ Glaze and MNMsta created a DJ group called "Perfection" and recruited members from their high school. The next three years "Perfection" as a DJ group rocked many school dances, weddings, and backyard boogies. By 1989, Perfection recruited close to a dozen members. Towards the end of Perfection's senior year, the group decided they wanted to produce their own rap record. Travvy Trav, one of the oldest members of the group went on a search for the dopest MC in Long Beach. Back then, it was a dude named Domino. Perfection recruited Domino and pitched in on the purchase of a Roland 808 drum machine to start making demos with the intention of getting a record deal. Dozens of songs were cut and members Tender D and Mellow D (now known as The Twinz) were brought into the group by T-Dubb and Travvy Trav, who are in real life, first cousins. After many disappointments and some personality conflicts, Domino stepped from the group leaving Perfection to fend for themselves. This sparked a collaboration with fellow eastsider Snoop Doggy Dogg called "'Let Em Understand Perfection" on a compilation album called "Please Pass The Mic" which was a diss track aimed at Domino for leaving. This explains the line by Snoop in Dr. Dre's Nuthin' but a 'G' Thang, "Perfection is perfected, so I let em understand."

In 1991, Perfection met Big Wes and Suge Knight who at the time were bodyguards for New Edition. Big Wes had his own label, Lockdown Records in the works and took an interest in the group. After a few months, the name Perfection was dropped and Foesum was born. The group consisted of T-Dubb, Wayniac, MNMsta, and DJ Glaze. Foesum recorded an entire album at Solar Records, home of legendary groups like Lakeside, the Whispers, Pebbles, and Babyface. Some of the songs that were recorded but never released included 'Ridin' High' (recut on the Twinz album) 'Point of No Return,' 'Knick Knack Patty Wack,' 'Ain't No Fun' featuring Kid Frost, 'Much Love,' and MNMsta's 'Chrome To The Dome.' After seeing little possibility of retaining a record deal, Foesum moved on. The group Foesum was inactive for about a year, but in 1992 member Wayniac was approached by Warren G who needed help writing his album "Regulate...G Funk Era." Eventually, Wayniac would team up with his brother Trip Locc to be known to the world as "The Twinz" signing their own record deal on Def Jam Records. In the meantime, this left Glaze, MNMsta, and T-Dubb left to be Foesum. They decided to keep the name and make Travvy Trav (who died from a heart problem during the struggle) the fourth member.

In 1994 Foesum hooked up with Tony G and Julio G of the original 1580 AM KDAY Mixmasters. Ruthless Records CEO, Eazy-E put Julio G down to co-host a radio show on LA's 92.3 The Beat called "The Ruthless Radio Show." In just a few weeks and with the help of Tony G, Foesum recorded the songs "Lil Somethin' Somethin' " and "Listen To The Sound." It caught the ear of Eazy E along with Big Beat/Atlantic and Tommy Boy Records. Foesum signed a deal with Atlantic Records in January 1995. The first single 'Lil Somethin' Somethin' was released in the summer of 1995 on Big Beat/Atlantic Records and got major play on The Box and radio stations everywhere. The album 'Perfection' was released on Penalty Records/Tommy Boy in the fall of 1996. Since then Foesum has been working on new albums to release on their own independent venture called The Perfection Label including The FoeFathers, A Greatest Hits album, and solo projects.

U Heard Of Us

The Greatest Hits - Vol. One