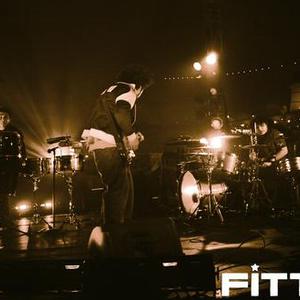 FITTER's muisc can be purchased on CD Baby, iTunes and various digital media outlets. For the past decade the Trio has been dedicated to writing/arranging songs and sharpening their skills to reach this very moment. At this stage of their musical journey FITTER has earned a loyal L.A. underground following. Their live shows take you on a high energy, emotional experience. Currently, FITTER is working on new music for FREE Release late 2010 - early 2011 and a Spring 2011 Tour of El Salvador.

You Don't Belong Here But We'll Use You Anyway