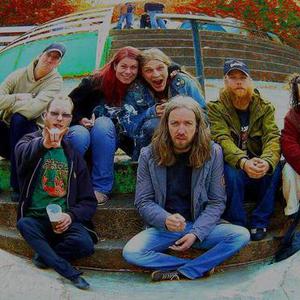 If you believe that "First Band From Outer Space" really is what the name says it is, then we'll tell you this story. We landed here on earth in the year 2002 and our base is stationed in Gothenburg, Sweden. The reason we came here is because we want to play rock music. Since we were unable to create sounds in the cold void of outer space, earth seamed like a good place to go. Our rock n' roll sensor controls locked on a part of earth called Scandinavia. The machine couldn't pinpoint any specific location for our rockin' to take place so we had to choose one ourselves.

When we first landed and asked around, everyone suggested the town Gothenburg on the west-coast of Sweden. The word is that the town is famous for it's original sound of music and high regards for rock n' roll. Gothenburg became our natural choice.


The band was originally formed as a trio and built from the ground by StarFighterCarl on the drums and rhythm tools. On guitars and vocals we have JohanFromSpace and on bass is SpaceAceFrippe who also creates the cosmic oscillator sounds.

The Guitar Is Mightier Than The Gun

Impressionable sounds of the subsonic

We're only in it for the Spacerock