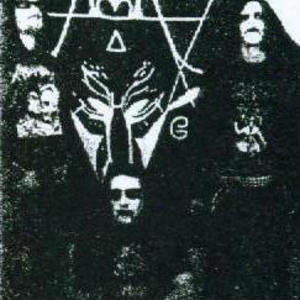 Finis Gloria Dei was created by Black Christ and Lenrauth ... and to perform it in a totally improvised way in order to get an even more chaotic, primitive and raw touch thus following the same path as BESTIAL SUMMONING did themselves. Beside, it's no secret that especially Xaphan and Black Christ have always been big worshippers of old stuffs from BATHORY, CELTIC FROST / HELLHAMMER, early IMPALED NAZARENE, BEHERIT, SAMAEL, ABRUPTUM etc... so, the creation of such a band was just a matter of time and circumstances.

Beside, it's no secret that especially Xaphan and Black Christ have always been big worshippers of old stuffs from BATHORY, CELTIC FROST / HELLHAMMER, early IMPALED NAZARENE, BEHERIT, SAMAEL, ABRUPTUM etc... so, the creation of such a band was just a matter of time and circumstances.

Conceptually, Finis Gloria Dei is mainly the manifestation and exploration of the bestial, instinctive nature of Man under the sign of Satan.

When they entered the rehearsal room in Toulon, Provence-Alpes-C?te d'Azur, France in November 2003 they had no riffs nor songs at all. They just started to play and recorded several improvised tracks during the very first gathering. Then, they listened to the tape at home and enjoyed the result. Therefore, the recording was made available and they decided to go on in the future. Then, they choose to use as band's name an old BLESSED IN SIN track / intro called ?Finis Gloria Dei? which means ?the end of god's glory?. A name that suits perfectly to the impious convictions of the members. This first reh demo was titled ?In Tenebris?. 4 months later they met again, recorded and released a second reh demo ?Consecration of the Horned God?. Both were spread to over 500 copies.

During Autumn 2005 / Winter 2006, the band recorded the debut album ?Goat : Father of the New Flesh? with session drummers while Lenrauth became rhythm guitarist permanently.
This final result still presents an utterly ugly and old fashioned music as on the band's previous releases but this time it shows more improvements and work when it comes to the sound, the atmosphere, vocals as well as on the structures & arrangements of the songs.

The LP version of ?goat : father of the new flesh? was finally unleashed through W.T.C. (ger) in December 2006 and the CD version was released on AURA MYSTIQUE Prod in Spring 2007. The CD was supposed to come with a video clip for the song ?l'Enfer de Bosch? but some pressing plants refused to handle the job because of the provocative, blasphemous & pornographic nature of the video. So, in order to avoid more useless delays, the band removed it and will include it on a compilation DVD featuring also video clips from BLESSED IN SIN, DESOLATION TRIUMPHALIS, HAYRAS , O.T.AL...

Since late 2006, Finis Gloria Dei officially became a 5 members band with the addition of Hayras on bass and Totengraber on drums.

Goat: Father of the New Flesh