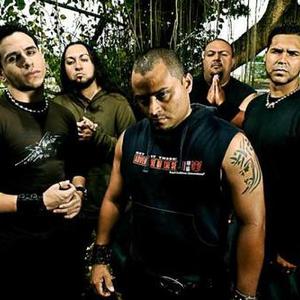 Filacteria is currently one of Puerto Rico's most important nu-metal bands. Their first single, ?Ciego?, became immensely popular, not only in PR, but across Latin America thanks to the Internet. ?Ciego? became one of the 5 top metal songs in the Latin American lists in mp3.com and had over 300 downloads from the band's site, www.filacteria.com. During this period, the band placed alongside many important local and international acts, such as Puya, A.N.I.M.A.L., Machete, Slimy Nuggetz, Golpe Justo and Perro Enfermo.

As word spread of Filacteria's groundbreaking work, they began to assemble an international following. Filacteria has performed abroad twice: in Metanoia Fest V in Vit?ria (ES), Brasil (04/10/2004) and Nitro Rock II (07/31/2004) in Santo Domingo, Dominican Republic. The band did a 3-city, mini-tour of Brasil in April 2004. In Santo Domingo, Filacteria performed alongside some of the country's top hard bands. The public anxiously awaits their follow-up visit to release ?Paz Interior?.

The band's sophomore effort, ?Paz Interior?, shows a Filacteria that has grown by leaps and bounds, not only musically but also spiritually. The lyrics are both challenging and inspiring. The record can be seen as musical storytelling: a person wishes to escape his/her inner confusion and desperation, thus embarking on a spiritual journey to gain true peace of mind. The music is daring. Influences are diverse: Meshuggah, Soulfly, Nevermore, Puya, Hatebreed, Testament, Anthrax, etc.

Filacteria is one of the most original and identifiable bands in the genre in Puerto Rico and Latin America. Their songs range from commercial and melodic all the way up to extremely technical and aggressive. This versatility allows the band to adapt itself to a vast public. The band's live show is a powerful release, not only musical, but spiritual as well. Filacteria live is a dynamic, intense and captivating experience. This combination has earned Filacteria hundreds of followers, not only in PR, but across Latin America.

The Rise Of The Lepers (Advance)