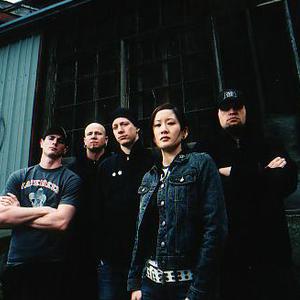 Figure Four started in 1996 and were signed to Solid State Records. The band is currently on hiatus, as two of its members are now in the full-time touring hardcore punk band, Comeback Kid, and one of its members is now in a hardcore punk band, Grave Maker. They played a few isolated shows throughout 2006. With their seven year existence they have toured across the world from Europe, Puerto Rico, South America aswell Canada and the US countless times.

With their seven year existence they have toured across the world from Europe, Puerto Rico, South America aswell Canada and the US countless times. Releasing 3 full length records, two on Southern California's Facedown Records and their latest entitled Suffering the Loss on Seattle's Solidstate Records. Sharing the stage and touring with such bands as Hatebreed, Sick Of It All, Dropkick Murphys and many more they received an amazing loving crowd all across the world.

With the rise of band mates other project - Comeback Kid - Figure Four had slown down a significant amount. Time and time again people have asked us what are plans are for touring and for an upcoming album. At the present moment the only plans we have are a few upcoming shows in the new year. Each member has been very busy doing what they do best. Andrew and Jeremy have kept themselves more then busy with The Comeback Kid. Bailey had been playing in Winnipeg's Endless Fight and more recently New Jersey's Shattered Realm . Steve decided it was time to buy a house and furthur his transformer collection, and while Mel has been hard at work studying and going to University.

With no intention on calling it quits, be prepared to see Figure Four around for a while!

No Weapon Formed Against Us

When It's All Said And Done