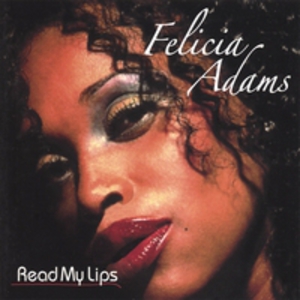 Most Underrated Artists, Motown Label, R And B, Rnb

Silky-voiced singer Felicia Adams kicked around the fringes of the contemporary R&B scene for about a decade before embarking on a full-fledged solo career in 2004. Born and raised in New York and influenced by the likes of Diana Ross, Dionne Warwick, and Stevie Wonder, she broke into the music industry during the early '90s, when her talents were noticed by producer Eddie F. It was a fateful encounter for Adams. Eddie F., aka Edward "DJ Eddie F." Ferrell, had risen to fame during the late '80s as one of "the Boyz" in pop-rapper Heavy D's posse.

It was a fateful encounter for Adams. Eddie F., aka Edward "DJ Eddie F." Ferrell, had risen to fame during the late '80s as one of "the Boyz" in pop-rapper Heavy D's posse. Eddie had produced and co-written a great many of the songs on Heavy D's most successful album, Big Tyme (1989), and also worked with other artists affiliated with Andr? Harrell's Uptown Records (Al B. Sure!, Jodeci, Mary J. Blige, Father MC, Pete Rock & C.L. Smooth, etc.). Following this success, Eddie broke away from Uptown and started Untouchables Entertainment, which was a supergroup of talent headed by the producer.

This is where Adams came into the picture. She sang the leadoff song on Let's Get It On (1994), the showcase compilation for Eddie F. & the Untouchables, released by Motown. The song, "Thinking of You," was a magnificent beginning to her solo career. But then nothing happened. Eddie's Untouchables venture didn't realize its potential, nor did Adams realize hers at the time as a result.

Fast-forward seven years to 2001, the year Adams resurfaced with a pair of dynamite songs on John Singleton's star-studded Baby Boy soundtrack: "You" and the title track. This opportunity seemed to reignite her career, and she went on to work with such artists as Donell Jones, Ashanti, LovHer, and Case soon afterward. She also started her own music company around this time, LadyBoss Enterprises (formed in 2002), and began making preparations for her independent solo debut album, Read My Lips (2004).