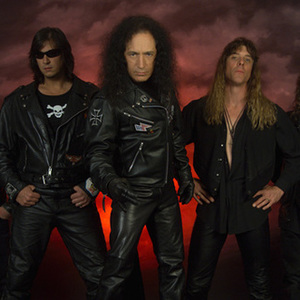 Guitarist David "Rock" Feinstein began in a band called ELF in Cortland, NY with his cousin Ronnie James Dio. He later formed THE RODS with Garry Bordonaro and Carl Canedy. As of late he has performed with his own band, FEINSTEIN. The latest lineup of the band also includes Jeff Howell (from Foghat and The Outlaws) on bass, as well as John West (of Artension and Royal Hunt) on vocals. They released one album so far; "Third Wish" in 2003. Their sound can be described as old school Hard Rock / Heavy Metal in the vein of Dio, Black Sabbath and Rainbow.

Feinstein's former band, THE RODS, are currently back in the studio and are due to release a new CD in late 2006 or early 2007.