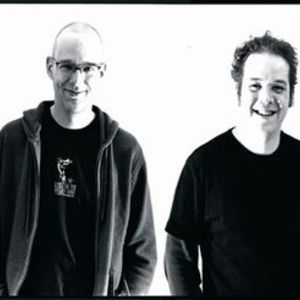 The year is 1989. The Berlin wall just fell, students are demonstrating for more democracy on Tienanmen square, and Ceaucescu has just been removed from office and killed. Things are happening musically as well. The Pixies just released Doolittle & Surfer Rosa, the Peppers are coming up and after 7 years of radio silence the Stones are touring again?.. This is the time when Chris, Sander, Gerben, and Richard meet in and around their highschool music room. A band is quickly formed, and the Fedchenka story kicks off.

The boys combine their love of music and man several projects and bands all the way through to the late nineties. Under names the likes of ?No Shelter', ?White Man's Overbite', ?the Dedicated Followers of Fashion', and later ?South of Heaven'. The controversial ?No Shelter' spices up her dissolvement party by engaging an above 50 stripper, and the dust rises. South of Heaven helps form and shape the regional music scene, to go on and play the national club circuit with recommendations from the late Herman Brood.

After the (in certain circles) legendary showcase in Amsterdam (Paradiso) the band appears live on national radio & television networks, Brood himself plays a guest role on their '95 debut album ?Tranquilizer' (which quickly sells out its 1000 copies) and also appears live on stage with them at several gigs in Amsterdam's ?Naar Boven'.

Meanwhile, the time has come for the boys to get their act together, and they flee the nest. Sander moves to Melbourne where he makes a living as a radio-dj, Chris moves to Moscow for half a year, only to spend the next couple of years working in and out of Hong Kong. Richard leaves Holland for the empty dessert of Nevada and Gerben starts touring Europe with a gospel ensemble.

In March 2003 everyone's present again and the guys return to active duty: Fedchenka is born. What follows is a 6 month retreat for the purpose of development, a try-out gig in Maastricht, and after that they're thrown to the wolves. Straight of the bat they release their first album; ?Rocket Dog Sessions' and present themselves at a live showcase (Willemeen, Arnhem).

From then on everything starts to move along at high pace; they play over 20 gigs in clubs throughout the country in a four month period of time (closing for Fish at the Paradiso amongst other things). The band is powered by a strong creative team, they get their own (4 man) brass section, and start working with a team of VJ's on a regular basis, turning Fedchenka live gigs into multimedia experiences.

There are good reviews from national music magazines and several e-zines. There's attention in the form of radio gigs and airplay with most regional stations. The guys are offered some studio time with Hans Bedeker (U2, Tori Amos) as the first pressing of ?Rocket Dog Sessions' sells out. Meanwhile they launch their professional website, and start building their merchandise catalogue.

Later that year, more big gigs are followed by a new demo-ep, and Fedchenka receives the Open Park Award (the audience of this anual series of live gigs in Arnhem's city park cast their deciding votes to determine who they agree to be that years top act).

In 2005 things really start taking off for Fedchenka. In Januari they release their first labeled single, Empty, which climbs the Dutch national CD charts for a few weeks, resulting in national airplay, and finally a live apearance at Top of the Pops.

The second single (Give it some time) is backed by a 24-hour live marathon, with Fedchenka doing 9 consecutive shows within 24 hours, including shows for 3FM and Paradiso (Amsterdam).

In the second half of 2005 is signed to PITAR (pain in the ass records), a hot Dutch Indie label.

Early 2006, Fedchenka recorded its new full length CD, at the famous Bullet Sound Studio's with Hans Weekhout (Prince, Herman Brood). "Mary & other assorted love songs" was released Spring, 2006. "Mary" receives very positive reviews in the Dutch press. Fedchenka is currently preparing an international tour which will commence in September and last until the middle of 2007.

Gerben (drummer) left Fedchenka early 2008, and over the year 2009/2010 Fedchenka takes it down a bit and uses the time to write new material. This leads to a new album "A Beautiful Winter" released under the name "South of Heaven" which received good credits from the Dutch and British press.

In 2011 Gerben returns as drummer and Fedchenka is ready for the next chapter. Loads of new material an demo's are recorded at the RocketDog studios, where they taped their first record in 2003.

April 2012 they released an EP "Further on up the Road", and tour dates will be announced in the summer of 2012.