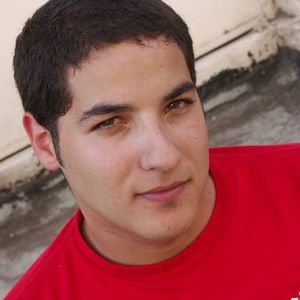 Regarded as one of Israels emerging artists of the electronic dance music scene, with already three critically acclaimed artist albums in his production portfolio, Fatali, is the first moniker for Eitan Carmi, born in the City of Nazareth Illit, in 1984. Born to non-musical parents, it was in his tweens that Eitan heard electronic music for the first time, but his major influences were the legendary Depeche Mode and Pink Floyd, and superstars of the (psy) trance scene - Prana and Astral Projection.

Born to non-musical parents, it was in his tweens that Eitan heard electronic music for the first time, but his major influences were the legendary Depeche Mode and Pink Floyd, and superstars of the (psy) trance scene - Prana and Astral Projection. Instantly captivated by the way the music of these artists spoke not with vocals, but with sound, Fatali was immediately attracted to its wonderment. So in his early teenage years, Eitan started experimenting with impulse tracker software, and after discovering the amazing marvel of the MIDI world, began producing original music.

Over the years, Eitan worked on creating and finally developed a uniquely fresh and powerful sound, capturing the soundscape range of deep progressive trance layered with hints of psychedelic elements, and beats of drivingly energetic (aka full-on) trance, yet always melodic and perfectly harmonious for Worldwide dance floors. With the Manager of UK label Alchemy requesting the full version of a sample of Eitan's work that became the opening track for an upcoming compilation, Fatali had made professional status with the signing to Alchemy and in 2003 at 19 years young, his debut album (Moments) was released.

Pursued by the A & R Manager of Israel's BNE, Fatali was signed to Yo-Yo Records with a three-record deal, releasing his second (in 2005) and third (in 2006) studio-produced artist albums ? Faith, and Dawn ? both becoming instant classics and International best-sellers.
In 2007, Fatali exposed another creative talent with a remix project, in which a number of celebrated producers of the psy-trance genre remixed Fatali productions, and he likewise of theirs. Re:Construct with each track a rework of the original, is no doubt the most colourful of Fatali's studio works, highlighting a wonderful spectrum of musical diversity, including artists from abroad that featured for the first time on an Israeli record label. Re:Construct also gained acclaim with renowned British dance music magazine MixMag voting the album to be their ?compilation of the month'.

As if his constant touring around the globe, promoting the release of each new album was not enough for his fans, in 2009 Fatali released his forth original album, Space Designer. Keeping true to his original sound, but evolving the obviously distinctive Fatali sound, the 2.5 years to complete was time well spent, as it was soon gaining huge support from major players in the electronic dance music scene at large. John ?00' Fleming commended Fatali stating in his DJ Mag review ?this is one of the most promising albums we have seen for years, been digging it and playing the album, and the feedback is just Awesome!?; signing Inner Depth & the album title Space Designer to his very own JOOF Recordings, which saw the EP reach the top of the charts in many respected sites. Promoted with the a 4 track single EP titled Soul Control, with the original track first released by the Ministry of Sound (UK), the universal dance scene soon gave the album massive support, again MixMag nominated Space Designer as their album of the month, and before too long, other tracks were signed to and subsequently released on major labels such as Iboga, Yo-Yo/BNE, INgrooves (USA), plus many more.

With his extensive and far-reaching performance schedule throughout each year, Fatali has rocked every corner of the globe having played to the masses at some of the World's biggest events. Festivals such as SOS (Nagano, Japan), Euphoria (Rio, Brazil), Rainbow Serpent (Victoria, Australia), Sunburn (Goa, India), Soulclipse (Turkey), Tshitraka (Germany), Nandan (Switzerland) just to name a few, have experienced Fatali's outstanding and energetic live act that stirs the punting crowd into a dance floor frenzy time and time again. Many Dance Clubs around the World with their discerning electronic dance music enthusiasts have been privileged with Fatali playing from a smaller outfit to the likes of Avalon (Hollywood, LA), Elevate (Delhi, India), Volume (Seoul, Korea), Antiworld (UK), and the opening launch of Smile Dance Bar (Mexico) ? which incorporated a huge Tour sponsored by Bacardi, Coca-Cola, and Corona.
Passionate and intrinsically driven, Eitan is in an exceptional soul as his personality exudes an incessant optimistic and positively uplifting outlook and approach to life, that in his presence is truly infectious! With a unique ability in generating the combination of his amazingly warm and affable emotions, somehow Eitan entwines these wonderfully favourable qualities into his deep trance productions, which are no doubt inimitable, as they radiate from his vastly rich repertoire that we hear from the one and only Fatali!

As the close of 2010 draws near, Eitan is taking some well-deserved time out from his Fatali performance shows, concentrating on his A & R Management responsibilities for his Fatali Music Label; but don't despair. The new year of 2011 will see Eitan emerge with more productions under his real name, have Fatali ready to take on International touring yet again, along with the further showcasing of his Deeper DJ concept. Oh and of course in keeping with his relentless music writing, expect to hear new releases for yet another ? his sixth ? studio album later in the year!