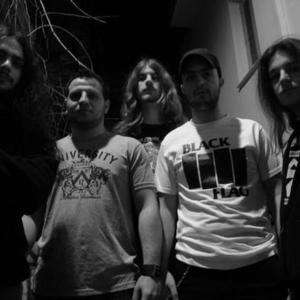 FAITHREAT formed in the summer of 2007 in Volos, Greece by members of Disharmonic and Adikaiologhtws Apwn in order to play Thrash with Punk and hardcore influences. In May of 2009 Faithreat released their debut full length CD "BACK TO THE PIT" including 11 tracks of crossover thrash. On February 1st, 2012 they released a 7 inch EP "Thrashing with the Stars" including 8 fast thrashcore tracks. Faithreat as a band supports the D.I.Y scene and is AGAINST any kind of Fascism and Racism shit.

Back To The Pit