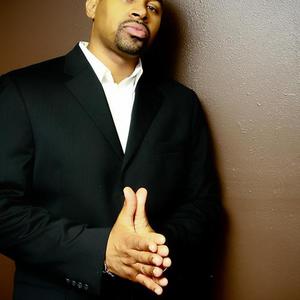 Malcolm "Excelsius" Marshall started rhyming back in 1986. Having been introduced to hip-hop by his older brothers who were members of N-E-Fek, a very well established group in the Dallas-Ft. Worth area, it made sense that he too would be influenced by the impact of hip-hop. In 1994, the Lord Jesus intervened by taking his enthusiasm for beats and rhymes & putting it to use for the advancement of the Kingdom.

As a sophomore in college, X was moved to rhyme strictly for the Glory of God. As he explains it, "God was really dealing with me about which direction my life was headed. When I was 19, I surrendered my life for the life Christ wanted me to have, and a lot of the stuff that I was into (i.e. secular hip-hop) just started rubbing me the wrong way." He endured an internal struggle about rapping for Christ because up to that point, all of the images he associated with rap were negative. But after 2 years of earnestly seeking God about if he could use this gift to be a blessing to the Body, he finally got his answer. In the fall of 1998, God used a young man named Courtney Walker to speak life upon him. "Courtney and I worked together at a pharmacy in Dallas, and I told him that I rhyme for the Lord. He let me hear ?Shock? & ?Solo Christo? by the Cross Movement, and I was blown away! I was excited and encouraged to hear cats that not only rap for God, but that were good too!" A month later, God extended favor upon him by ushering in a record contract with Renaissance Records.

While with Renaissance, Excelsius released his first single Holy Ghost Party, which was produced by Chris Priest (of SGR fame). Since performing that song at the 1st Annual Holy Hip Hop Awards in Atlanta back in 2000, the floodgates have remained opened. He has graced the stage with the likes of The Cross Movement, Lecrae & the 116 Clique, Canton Jones, Corey Red, Virtue, T-Bone, B.B. Jay, Gary Mayes, Red Cloud, Tre9 & the Much Luvv family, Trintee 5:7, James Fortune & FIYA, J. Xavier, Lisa McClendon, The Tunnel Ratz & countless others.

As a former youth pastor, X is also well-versed in sharing the Gospel of Jesus Christ in ways other than music. He oversees Joined @ the Hip Ministries, serves as a co-chaplain for the Houston Rockets & is certified to minister in any prison in Texas. Even with those efforts, he still views hip-hop as the ministry with the greatest opportunity to reach our young people. "I believe that if we tell our young people not to listen to this, or not to listen to that, but do not provide viable alternatives, we do them a disservice. For me, this is a way to bring Jesus to an audience that in a lot of instances has not been open to receiving the Truth. A lot of folks seem to forget that music was created for God, by God. I am simply using hip-hop for its original intention."