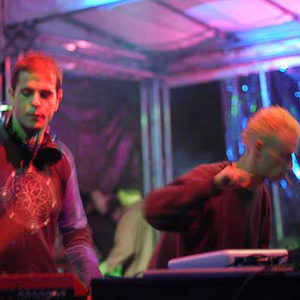 Exaile is Nir Sobol & Eyal Tzur. They arrived into trance from totally different directions. Eyal has been playing piano since he was 10 and is a graduate of Israel's top music school - Rimon. He also played guitar in a thrash metal band. Nir started playing guitar in a metal band and then moved into electronic music while he was studying sound and production at the Yoav Gera School in Tel Aviv. Eyal and Nir have been making electronic music together since 1996. For the first four years their band included a singer and they fused rock and electronic music.

In 2000 they moved to trance music. Since then they enjoyed worldwide success with parties in places such as: Japan, Mexico, Portugal, India, Russia and Israel. Playing on the biggest stages along side with some of the greatest name in the genre- Infected mushroom, Skazi ,G.M.S,Astrix and so on. Exaile debut album, "In Panic", was released by Shaffel in December 2002. During this time Exaile collaborated with DJ Skazi under the name SX, with DJ Omi, with Psychotic Micro, with Paranormal Attack and with Uriel from Visual Paradox. Exaile second album: "Hit The Machine" was released in August 2004. by "Chemical Crew" In August 2006 Exaile went independent and started a new label called "Ground Breaking Music" G.B.M) along with " Tube" and "Psychotic Micro". Exaile has released their 3rd album " scream " on 2008. its a double album and the second side of it is a RMXs for old Exaile tracks by Azax Syndrom,Bizarre Contact,Sesto Sento and more...they are working these days on new material....stay tune