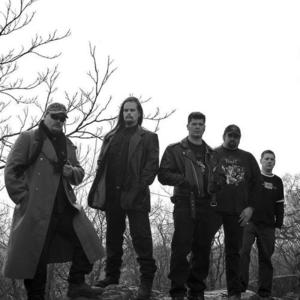 Evoken is a funeral doom metal band from Lyndhurst, New Jersey, USA, one of the earliest U.S. doom/death metal bands that are still active today along with Novembers Doom and Rigor Sardonicous. Evoken are highly inspired by the Australian band Disembowelment. The band name Evoken is taken from the Thergothon song found on Fhtagn-nagh Yog-Sothoth. The band was founded by guitarist Nick Orlando and bassist Rob Robichaud under the name Funereus in April of 1992 and released a demo which sonds like extremely slow, dark brutal death metal with super deep growls.

Then the band was renamed to Evoken in 1994 as they started to compose more mature and less extreme songs.

The current line-up consists of:

A Caress Of The Void