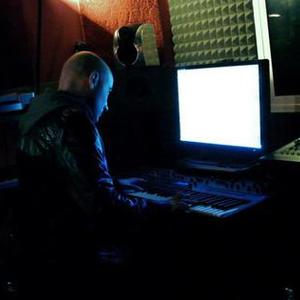 ETOSTONE aka Pavlos Tagkaloglou constitutes henceforth a dynamic presence in the electronic music scene with a lot of positive comments from well respected magazines in the field of dance music such as DJ Mag, IDj mag, M8 while his tracks have also reached the playlist of BBC Radio 1 in the emission of Annie Nightingale and 94.7 radio in Paul Oakenfold's radio show . Recently Etostone was voted as the 1st Best Break Dj , 1st Best Greek Dj in the world (TheDJList.com) , and also achieved the 141st DJ Rank at 2006 DjMag Voting Poll.

Pavlos was born in Thessaloniki, Greece where from 1989 he began to deal with electronic music. Using an Amstrad PC 1512 and Gw-Basic he wrote the code in order to communicate with the PC Speaker, while in 1992 he used the first soundcards that could produce sound in 16KHz , 8 bit. Next year he used programs that made possible the use of sampling technology, such as Scream Tracker and Fast Tracker that ran only in DOS environment.In 1994 he decided to deal with the theory of music and for 10 years he studied classic piano. Today, 11 years afterwards, he continues his studies in classical music where he has 3 degrees of superior classic composition (Harmony, Invertus portikalis and Fuga). The studio that he has today is equiped with machinery that he gathers from 1994.His first informal release came in 1998 from Lemon magazine in the accompanying CD, while the same period he delivered a drum ' n ' bass piece with the artistic name Methorios 1512. The first official release came in 2000 with the albums "Psychosynthesis" and "The Life of a Fullbeat boy" via Peoplesound.com."FreeOf Feelings", "Fly with me" and "The Dragon's Breath" had more than 15.000 downloads. In 2002 "Salukards Revenge" was released from Freakaboom Records. In 2003, Greek label, Erase Records, released "Pain". Etostone's most popular tracks, "Little Ladies" and "Get Free", are included in Uberzone's mix album "Y4K" , released in 2004 from Distinctive Records. The same year again from Erase Records he releases "Polio Sose" and via Unique Distribution a little later a bootleg ?Disqoteque? by U2 with Stama.Entering 2005 Uk label (Re:Connect ) released "Style" which has received a lot of positive comments. His last release for 2005 was on 6/10/2005 with the track "PornoStar" via Erase Records.
His website www.etostone.com , is numbered in position no 1! in Breakbeat100 the official ranking for breaks music worldwide , introducing advanced internet technology and an exclusive mp3 shop and forum .
Etostone is also known for his great bootlegs. His last one is a remix of the classic 80s hit, ?Out of Touch? from Daryl Hall and John Oates which was released from Unique , and has been already a success in the United States.
Finally one of his best releases, the single ?Girlz?, was made at the end of Nov 2006 from a great USA Label , Phonomental music . It's his first release from a USA label and has received support from names like Paul Oakenfold , Simply Jeff , Dj Icey, Uberzone. Also this track is released from Universal in a 2cd pack compilation , featuring a great video clip which is playing worldwide in MTV1 , MTV 2 , MAD, BPMTV, Netshows US and other music TV stations.
Etostone's latest album "Epsilon" is out now including 11 unique breaks.
Recently etostone has enstablished his new own record label > Eonia Records.
There you can listen and purchase all new and future releases of Etostone.
website > www.etostone.com