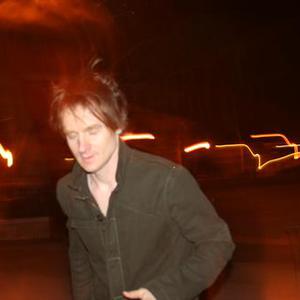 Ethan Gold wrote a two-page story at age four called ?The Dreammaker,? about a tiny miner who chiseled into people's heads at night and placed visions and nightmares inside. As a self-taught composer, singer, songwriter, and performer on all the rock instruments, Ethan has been doing with music what his little miner did ever since, creating cathartic, deeply affecting songs with landscapes of sound and melodies that clutch to heart, written while dreaming or in the altered state of insomnia.

Gold was born and raised in San Francisco, where a ?colorful' upbringing was punctuated by his mother's death in a helicopter crash with concert impresario Bill Graham. Ethan went on to graduate from Harvard magna cum laude in social theory, but took a left turn to follow his calling in music. He returned home, built a cheap basement studio, played in local bands, and began writing a rock opera. In 1999, he drove south to Los Angeles and composed the score for his brother Ari's film about the alienating aftermath of their mother's death; Helicopter went on to win awards around the world, including a student Oscar in 2000.

Settling in Los Angeles, Ethan continued film scoring and writing songs. In 2003 he co-founded the Expatriots Collective, a series of monthly shows around Los Angeles with groups of musicians gathered on stage, taking turns spontaneously playing songs that would connect, lyrically or musically, to what the artist before them had performed. It was an experiment in role-playing as musical storytellers in community. At an Expatriots event in 2004, a mutual friend introduced Ethan to a songwriter named Elvis Perkins. Over evenings of drinks, discussing music and the tragic deaths of each of their mothers, Elvis lamented feeling personally and musically lost. Ethan had a clear vision of a sound for Elvis's songs, and during the next year, Ethan produced and arranged Elvis's debut Ash Wednesday in its entirety. This widely acclaimed album launched Elvis as one of the stars of the new folk movement.

Since his move to the city of angles, Ethan had been making demos for his rock opera The Rise and Fall of CAP, on an $800 recording rig wired next to a hot plate in the mini kitchen of his delapidated one-bedroom flat. The opera began as Ethan's attempt to ?break apart the worst of the male psyche? and remake it, blending strength and consciousness. But the more Gold recorded, the more he wrote, until a single idea had become a raging 75-song opus confronting child abuse, Nazism, thrill violence, pornography, incendiary mob-whipping music, and war. He'd been having nightmares, hallucinations, headaches, and wheezing fits, while asbestos crumbled from his walls, gas leaks hospitalized his hallmates, pigeons roosted in the sills, and insect larvae crawled from his mattress. Only on lifting a heavy amplifier, revealing three layers of carpet disintegrated by toxic mold, did he recognize he was living in a metaphor. The health department condemned the unit. He returned just to rescue his humble recording rig, and while inside for the last time, wearing a gas mask, a small plane crashed into an apartment precisely one block north of his building.

In a new shared flat with a new perspective, Ethan began listening to his gargantuan, rage-filled rock opera, and found a different throughline. He discovered 12 sketches of more personal songs written during the time he was writing the opera, songs which echoed the struggle of facing the demons the opera called up, but pointed a way out. These were the songs he decided to color and carve into his debut full-length. Still at home, Gold sang, performed, engineered, and mixed on his trusty $800 recording rig, sculpting into his music the urban sonic tableau of crows, helicopters, and storms he recorded from his window. With quiet terror and yearning, ferocity and sensuous redemption, this is the slow magic of those who shine light over darkness, Songs from a Toxic Apartment.

Continuing with the same DIY ethic that went into the making of the album, Ethan has released Songs from a Toxic Apartment with sumptuous interior artwork on his mini label, on which he also released the comic soundtrack he created for his brother Ari's film Adventures of Power. Songs From A Toxic Apartment has been praised in Pitchfork, Rock N Roll Experience, Revolt, Glide, and other blogs, and Ethan has been the subject of feature stories by LA Weekly, ASCAP, and elsewhere. Always interested in the visual side of musical storytelling, Ethan is now releasing a new series of official music videos for nearly all the songs from his debut. He's planning a UK/Ireland tour for the spring, and is currently finishing his follow-up album for a wide release in 2013.