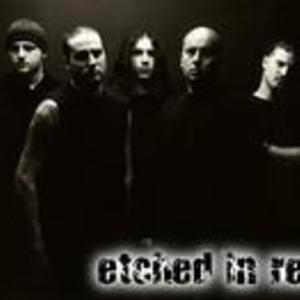 Etched in Red is a nu metal band that formed in 2004 and hails from San Diego. The music is intelligent and stands out from the rest with their complex intensity. The music can be described as Progressive Nu Metal, with the song L.E.D. being the best example. Etched In Red is led by Seth Boyce (Vocals) with Nick Cramer and Jason Kirk (Guitars) George Makris (Drums) and the newest edition Chad Gutterud (Bass).

The recent album Dylate is their first full length album, which hits hard and doesn't disappoint.