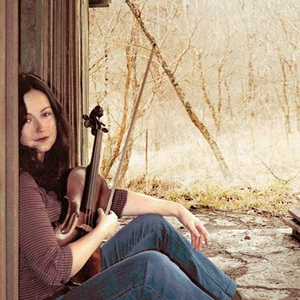 Erynn Marshall has carved out a niche for herself as an old-time fiddler in Canada and abroad. Her playing style is expressive and innovative, yet rooted in tradition. She has been featured at numerous concert venues, folk clubs and festivals in the US and Canada and is known for her smooth, bluesy fiddling and her joy of performing home-made music with and for others. Whether solo or teamed up with other musicians in a string-band setting, Erynn blends original compositions with enduring songs or instrumentals that have stood the test of time.

She explores her own musical individuality while honouring the musicians and traditions that have influenced and inspired her along the way. Originally from Victoria, and now a resident of Gibsons, on the west coast of Canada, Erynn moved to Toronto in 1998 to undergo graduate studies at York University. She graduated in 2003 with an MA in ethnomusicology. In 2006, Erynn's first book, Music in the Air Somewhere: The Shifting Borders of West Virginia's Fiddle and Song Traditions, was published by the West Virginia University Press. This book was the culmination of several years of fieldwork in West Virginia with seventy-five to ninety-five years old singers and fiddlers. Frequent southern trips allowed Erynn to learn elements of Appalachian fiddling directly from older tradition bearers Melvin Wine, Lester McCumbers, Leland Hall, Art Stamper and others who were very generous teachers. Her respect for these mentors emanates from her earnest performances of traditional music. Erynn Marshall is a regular performer and fiddle instructor at prominent Canadian and US festivals and music camps including the: Woods Music and Dance Camp (ON), Sunshine Coast Summer School of Celtic Music (BC), Calgary Folk Festival (AB), Edmonton Folk Festival (AB), Ottawa Folk Festival (ON), Sorrento Bluegrass Festival (BC), Fiddleworks (Saltspring Island, BC), Midwest Banjo Camp (Michigan) and is a featured fiddle teacher at October Old-time Week 2006 (West Virginia). She has directed two stringband ensembles at York University in Toronto and was a featured musician on the roots music documentary I'll Fly Away Home (Dramarama 2004). In 2005, Erynn released her first solo recording Calico on the Merriweather Records Label and has just recorded her second CD, Meet Me in the Music, with banjoist, Chris Coole. Calico was nominated for Best World category at the 2005 TIMA Awards and won a Porcupine Award - Gem of Canada: Album of the Year. In 2006, Erynn Marshall was awarded a CBC Galaxy Rising Star Award and an Appalachian Fellowship (Berea College, KY) where she studied Kentucky fiddle styles for three months. Her upcoming CD, Meet Me in the Music, features many rare tunes and songs she learned during this period of musical immersion. ?The fiddling obsession, for all its demands, is a gift because of the joy it brings when you abandon yourself to it. Erynn's fiddling has that sense of delight in it, even in the lonesome pieces ? a feeling like having a fine time playing music with your friends on a West Virginia summer night, crickets singing, air heady with the perfume of tobacco flowers and sweet clover.? ? Kenny Jackson April 2005 "These days, amidst all the important reissues and the blazing new bands arising, it's important to pay attention to the "salt of the earth" players like Erynn Marshall and her musical compatriots. These are the folks, after all, for whom all the collecting and preservation has been done. So that we can keep strolling down the seashore, marvelling together at the great Ocean of True Tunes stretching out to the horizon. Now, excuse me--I have to go hunt up some of these old fiddlers I just found out about!" ? Mark Simos, April 2005