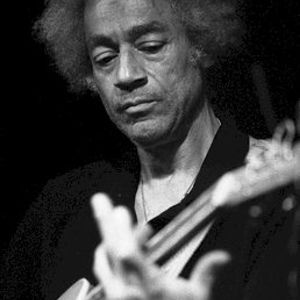 Ernie Payne is an African American musician from Louisiana's Acadia Parish. His family was large and everyone learnt early to pitch in and help with chores and household duties. Their strict, religious, hard working ethic thought 'music' essential to a quality life, but hardly something to pursue as a way to earn a living. Over the years Ernie has been employed as a songwriter for various publishers, front man for numerous musical entities, co front man, civil servant, husband (one wife), father (of two).

Over the years Ernie has been employed as a songwriter for various publishers, front man for numerous musical entities, co front man, civil servant, husband (one wife), father (of two). "Somebody singing is my first memory. Music celebrated and music mourned. Everybody in my family loved some kind of music and they shared it with me. My music attempts to carry on that idea of brotherhood and sharing."

Roots orientated, delta blues. contemporary folk artist Ernie Payne is probably one of the most comfortable players you will ever hear. Trading of easily between guitar and dobro, his command of the various rhythms and instruments is impressive.

At the core of almost every song are Payne=s vocals which are extremely strong, yet soothing. He can sing songs that tear at your heart, nailing the feel of each tune so well, that you instantly know the meaning, without knowing the words. The stories told in the songs are intimate and visual and as he is singing he makes the listener feel as if he is talking to them personally, directly and one on one.??

Ernie's debut CD (Coercion Street) was released on Black and Tan Records in April 2004. The record is being played all over the world and was picked up Andy Kershaw (BBC Radio 3). It got rave reviews in among other BLUES WAX and BLUES REVUE.

During his first European tour in August/ September 2004 Ernie visited Holland, France, Ireland, Belgium and the UK, where he did a recording session for the Andy Kershaw Show (BBC Radio 3). In April / May 2005 he did a very successful second European tour during which he was invited to do several support shows for ROBERT PLANT both in the UK and the USA. He was back on the road Europe in November / December 2005 and also in March 2006.

Ernie's Bio in his own words:
"I was born in Louisiana, U.S.A. Raised in Evangeline Parish and East Texas. Late blooming baby boomer, nurtured by godfearing baptists and creole catholics and the powerful fun of the second line drum. I'm trying to serve the blackness well.