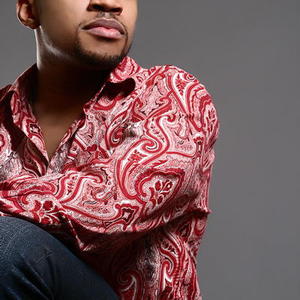 You know, I honestly thought about posting some long, boring, third-person, True E-Hollywood Stories bio explaining how magnificent my life has been since birth (Laugh!) Instead, I think it would be better if I just plainly and personally tell you who I am? My name is Erik Dillard, eldest of four children, three little sisters (Keli, Lisa and Nicole ~ which is how my Publishing Company name was formed; Kelicolsa). Lloyd and Viola (The Queen ~ as she proudly calls her self) are my beautiful and faithful parents.

My name is Erik Dillard, eldest of four children, three little sisters (Keli, Lisa and Nicole ~ which is how my Publishing Company name was formed; Kelicolsa). Lloyd and Viola (The Queen ~ as she proudly calls her self) are my beautiful and faithful parents.

I started singing when I was about three years old. As most musically inclined children, a microphone was SLAMMED in my hand and I was TOSSED up on stage to sing my first song which was of course, ?Jesus Loves Me?. In that moment, the infectious entertainment bug bit me and started me on my quest for stardom! (It's okay to laugh?)

After a slew of school talent shows and stage-musicals like ?Charlie and The Chocolate Factory?, ?Into The Woods? and ?Peter Pan? (YES, I had to wear green tights and everything!!!) ? I landed an opportunity to sing with Pastor Arthur Gray and High Praise Company the year after I graduated high school (1997). In this group was where much of my passion for music was birthed. I wrote and sang for the group for several years before venturing out into the deep on my own. With no paddle or life jacket, I released my first project ?Great Things? in 2000. Completely independently funded (working TWO jobs at the time!!) - the album made some noise! It became pretty hot on the underground circuit. The album's success afforded me to travel and sing across most of the United States.

2002 brought about another pivotal moment for me as I performed for the first time nationally on The Bobby Jones New Artist Retreat (aired on The Word Network). Following a second national performance in 2004, I was chosen to fly to Norway and participate in an International Music Conference. I, along with several other amazing Los Angeles based artists performed and instructed music overseas. Later that year, ?It's Because?, a song that I co-wrote with my good buddy Pastor Arthur Gray was selected to be recorded by the legendary Edwin Hawkins Music and Arts Seminar Choir. Most recently, I have taught music for nearly a year in Japan (Osaka, Tokyo and Fukuoka) at the Soul Bird Music School. This is probably my most treasured accomplishment thus far.

All that said?today I am pleased to share with you my sophomore project, entitled ?The Basics?. I believe all that will give the album a sincere listen will be inspired not only by the melodies, but by the lyrics and orchestration as well. Three of the songs were recorded live at Rhema Christian Center in 2003. The enitre album however is laced with ?live? instrumentation, which is quite rare these days in our ?microwavable? musical world.

I appreciate you so much for taking the time to share my story and hope you buy my music. Please add yourself to my mailing list and keep up on me. I am not one to stay in one place to long (smile), so let's enjoy this ride together?