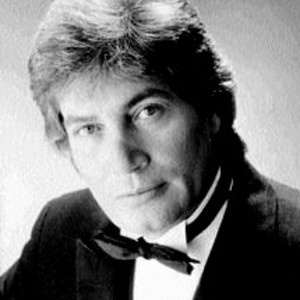 Adalberto Santiago born in barrio Pozas of Ciales, Puerto Rico, is a world famous salsa singer. Adalberto's relaxed and flawless lead vocals are amongst the best in salsa, and for over two decades he has sessioned as a coro (chorus) singer on countless New York recordings. His early influences included the great Cuban vocalists Beny Mor&eacute; and Miguelito Cun&iacute; (b. 8 May 1920, Pinar del R?o, Cuba, d. 5 March 1984, Havana, Cuba). Santiago started his professional career singing with trios and playing bass and

guitar. After stints with the bands of Chu?to V?lez, Willie Rodr&iacute;guez and Willie Rosario, his career really took off when he joined Ray Barretto's band. Between 1966-72, Adalberto made seven albums (excluding compilations) with Ray Barretto. In late 1972, Adalberto and four other members of Barretto's band departed to found Tipica 73. He appeared on three of their albums before disagreement over musical direction
led him, and three other band members, to split during the mid-70s to form Los Kimbos. Meanwhile, Santiago sang lead vocals on two critically acclaimed charanga albums, "Fantasia Africana/African Fantasy" and "Our Heritage - Nuestra Herencia", by flautist, composer and producer Lou P&eacute;rez. Los Kimbos were reputed to be a tough working band and had a sound reminiscent of both the pre-split Ray Barretto band and Tipica 73. With them, Adalberto recorded 1976's "Los Kimbos" and "The Big Kimbos With Adalberto Santiago" in1977. That year he made his solo debut on "Adalberto", which was produced by Ray Barretto and contained two of his own compositions. Los Kimbos continued under the leadership of timbales player Orestes Vilat&oacute; and released two further albums- "Hoy y Ma?ana" (1978) and "Aquacero Ne Me Moja" (1979). Santiago sang lead on one track on "Louie Ram?rez y sus Amigos" by Louie Ram&iacute;rez. In 1979, Adalberto and Ram?rez co-produced his solo follow-up, "Adalberto Featuring Popeye El Marino". The same year, he reunited with Ray Barretto on "Rican/Struction". Ray produced Adalberto's next solo album, "Feliz Me Siento", the following year. Sonora Matancera member, Javier V&aacute;zquez, produced, arranged, directed and played piano on the rootsy Adalberto Santiago,
which was Adalberto's contribution to the early 80s tipico (typical) salsa revival. In 1982, he teamed up with bandleader/bongo player Roberto Roena for "Super Apollo" 47:50. Santiago co-produced "Calidad" with Papo Lucca, who also played piano, arranged one track and oversaw musical direction. His "Cosas
Del Alma" was an album of lush boleros which included his third recorded version
of the classic 'Alma Con Alma' (previously contained on Barretto's "The Message" and "Gracias"). He returned to harder-edged urban salsa in 1985 on "Mas Sabroso". Adalberto did his own mature version of salsa rom?ntica on the classy Sex Symbol, with production, arrangements, musical direction and piano by the ubiquitous Isidro Infante. In 1990, he again performed 'Alma Con Alma', this time arranged by Infante in a salsa rom?ntica style for Louie Ram?rez's second album entitled "Louie Ram?rez y sus Amigos". Santiago has written songs for a number of the albums on which he has appeared,
both as bandleader and solo artist, and provided compositions for other artists to
record, such as Joe Cuba. Adalberto has remained true to his Latin roots and a statement he made in 1977 is still relevant in the 90s: 'I want to bring a truly Latin message to the people; this is what I do best and the structure of Latin music is best suited to my singing style'.