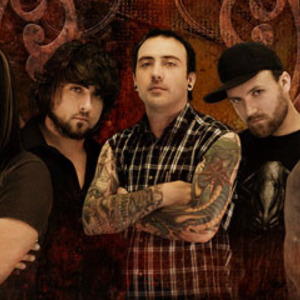 Quite directly, AdaKaiN are four guys in search of the rock'n'roll dream. At a time when that dream has become more elusive, AdaKaiN refuses to take anything but ?yes? for an answer. Drummer Ryan Carroll, was in a Universal Republic band named Element 80, that got some national attention. But other than Carroll, the members of AdaKaiN have been struggling at day jobs to accumulate enough money to help make their dream come true.

In 2008 they first burst on the local Dallas scene. Their self-released LP ?Together In the Heart? garnered support in Texas and surrounding areas. The band set out to tour ?hard core? as they put it. Living on less than $10 a day each, they toured with bands such as Crossfade, Bobaflex, Pop Evil, Taproot and many others.

They collected a strong local following in Dallas and America's Southwest. It was time to reach further. In early 2011 they released ?Silhouette of Lies? an EP, produced by Travis Wyrick (Ten Years, Since October, Disciple) featuring their dynamic new vocalist Travis Buck.

Buck's soaring vocals enhance the melodic nature of the the band and quickly has attracted new fans. ?Good Time Girl? a biographical track, written by Buck about a good girl gone bad, is the the lead track from the EP. It has already attracted the attention of radio programmers coast to coast.

AdaKaiN will continue to do what they do best. Tour hard and fight the odds. Look for them on the road in 2011.

Together In The Heart