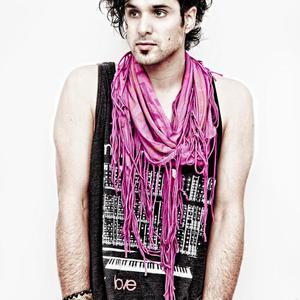 An incredibly gifted musician, Canadian native Eric Solomon has lived a storied life. Raised in the African Congo until thirteen, Eric found himself returning to Montreal without his family to escape civil war. Channeling his energy into creative effort, it wasn't long before he found solace in music. As a teenager, Eric joined a band and began touring Asia for 5 years. ?Playing everywhere,? he says, ?six nights a week, in Hong Kong, Thailand, Malaysia, The Philippines ? I really got my road legs through that.

?? These experiences were crucial to his development as a performer, musician, and most importantly, as a person.
Teaching himself audio engineering, and expanding his musical repertoire to include drums, guitar, bass, and keys, it wasn't long before Eric developed his own unique blend of synth driven, electronic pop music infused with classic soul melodies.
Applying his sound to remixes for groups such as The XX, Passion Pit, and Owl City, Eric began getting notice from major music publications (including Rolling Stone.com) and landing #1 Most Downloaded Track on Hype Machine. Growing as an artist and producer, Eric began focusing more on his own career and soon found himself collaborating with world-renowned engineer Dave ?Rave' Ogilvie, on his 2010 EP Antarctica.
In 2011, Eric released 2 singles ?ALL?, which went #19 on the Billboard Emerging Canadian Artist Chart, and ?Addicted", which reached #18 on that same chart, cracked Top 40 at Radio, while it's French version ?Accro De Toi? burned up to #14 in Eric's old hometown of Montreal.
Now in L.A, Eric has been writing and recording with top industry professionals such as Michelle Lewis, Heather Holly, Damon Elliot, Maria Christensen, Michael "Smidi" Smith and Rob Hoffman. He's looking to hone his distinct musical style and break new heights in the U.S.

Hope I Don't Let You Down