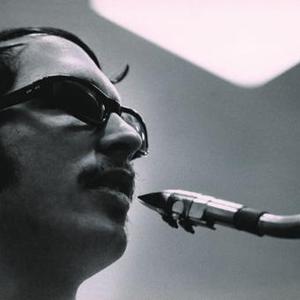 A child prodigy of the 1960s, saxophonist, born April 3rd, 1949 in Greenville, Pittsburgh Eric Kloss holds the distinction of having a record contract with Prestige Records at the age of only 15. Releasing his first album ?Introducing Eric Kloss? in 1965 at the age of 16. Blind soon after birth, he was a child prodigy whose professional career began at the age of 12. At that time, Eric was the subject of a PBS documentary highlighting his extensive performances on public television and radio with famous composers in classical, jazz and blues music.

While still in his teens he recorded with many of the biggest names in jazz. At the age of 15 he appeared on the Mike Douglas Show, one of the first television talk shows. Kloss released 19 albums under his own name mainly on the Prestige and Muse labels and has guested on countless other jazz recordings. He made albums up through the early 1970s and then disappeared into academia, stopping recording in 1981. Although Sweet Connections was released in 1999 was of live performances of 1979.


Eric has been suffering from very serious health problems resulting from his pre-mature birth and the over use of oxygen administered at that time to save his life, He has also been physically effected by exposure to mold and chemical infestation.