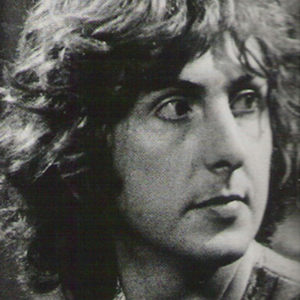 Eric Idle is the composer of most Monty Python songs (along with Neil Innes) such as the Python anthem "Always Look on the Bright Side of Life" (which is also played after Iron Maiden's shows). His outstanding linguistic ability have earned him the name "Master of the One-Liner". During his time at Cambridge, Eric served as the president of the famous Cambridge Footlights Dramatic Club. Before Monty Python's Flying Circus...

During his time at Cambridge, Eric served as the president of the famous Cambridge Footlights Dramatic Club.

Before Monty Python's Flying Circus, Eric appeared in both BBC shows that are regarded by many as the predecessors of Flying Circus; he was a regular in "Do Not Adjust Your Set" with Michael Palin and Terry Jones, and made a few appearances in small roles in "At Last the 1948 Show" along with future Pythonmates Graham Chapman and John Cleese.

A couple of Eric's most famous Python roles are the character he plays in the "Nudge Nudge" sketch and the man who talks in anagrams ("sey, sey, taht si creoct"). Whereas the other sketch writers of the group worked in partners, Eric worked alone (which gave him some disadvantage when trying to get his sketches accepted by the group as he had one less vote than the other groups).

After Monty Python finished its original run on UK television, Eric Idle & Neil Innes joined on the series Rutland Weekend Television. This was a Python-esque sketch show based in a fictional low-budget regional television station. It ran for two series in 1975-76. Songs and sketches from the series appeared on a 1976 BBC LP, The Rutland Weekend Songbook. This show spawned The Rutles (the "prefab four"), a Beatles parody band, in which Idle played the character of Dirk McQuickly, who was loosely based on Paul McCartney. Idle played McQuickly in an American-made spin-off TV movie, All You Need Is Cash, with Innes. The film also had a spin-off LP on Warner Brothers.

After Rutland Weekend Television, Idle relocated to the USA
There the recent adaptation of the Python movie "Monty Python's Holy Grail" was made as a popular Broadway musical called "Spamalot".

Listed as a piece of trivia at imdb.com is the following incident:
"Was once tasked by his fellow Pythons with composing a response to an angry piece of fan mail. Monty Python member Graham Chapman was openly gay, and a letter had been written citing Bible verses, stating that homosexuals should be stoned to death. He jokingly replied that they had stoned Chapman to death."