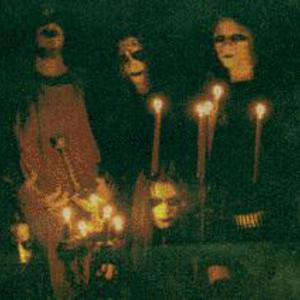 There are more than one artists with the name Epic. 1). Epic is a Melodic Black Metal band from France - formed in 1996. They have released one demo and one full-length album. After the release of their one and only full-length album they split up but, were cherished for their small releases pertaining to the evil ages of dark, old culture after the Roman era. The bands over-all sound conveys a traditional Black Metal style similar to Satyricon and even have some Medieval touches in the synthesizers.

1). Epic is a Melodic Black Metal band from France - formed in 1996. They have released one demo and one full-length album. After the release of their one and only full-length album they split up but, were cherished for their small releases pertaining to the evil ages of dark, old culture after the Roman era.

The bands over-all sound conveys a traditional Black Metal style similar to Satyricon and even have some Medieval touches in the synthesizers. The guitar and drums are very quiet and there are very few signs of much bass-like entities however, the synthesizers generally dominate the whole Atmosphere and feature occasional string, Symphonic verses. The vocals feature both clean, bitter evil sounds and common Black Metal vocals but, are increased in volume.

Epic is from a suburban town in Paris called Cr?teil. Although, their styles have never moved in the direction of French culture, their lyrics may pertain potentially to the Catholic aspects followed in France. They have a hatred and historical captivation for the war of Christianity. Their album somewhat portrays the war of Christianity perishing on earth, which they feel leaves the world in better conditions.

The band generally has seven members and occasionally a cello player named Sir Meliador but, the main lineup includes; Emrys Evallach of Belostheme - Vocals, Lord Silmaeth - Lead Guitar, Lord Hyphares - Backup Guitar, Lady Morrigan'n - Bass, Lord Korgan - Keyboards and Knight Hydraoth - Drums. All of the members have been in several well-known French Black Metal bands and others such as Mayhem. The band carried on their side-project work in the band called Love Lies Bleeding.

In March of 1997 the band released a small demo called "Like a Swan Forever". The demo contained four songs including an outro. One or two of them were featured in their only album. They were discovered by Ancestral Craft Productions and in 1998 release "Of Tears And Blood&hellip;".

Possibly one of the most recognizable character in hip hop, Epic made underground hip hop heads take notice with his releases 8:30 in Newfoundland and Heater in My Truck. Epic's unorthodox flow and refreshing wit instigated a critical outpouring from the underground hip hop community. A capable, entertaining freestyler, he continues to hone his craft at public venues, community radio stations, parks, parties and parking lots.

For those who have downloaded (for free from clotheshorserecords.com!) his debut 8:30 In Newfoundland you'll know that Epic is a general all-around champ. A Federal Government employee, former truck driver, student loan dodger, hockey fan, beer-sharer, bus-to-worker in search of a decent relationship and someone to beatbox for, Carroll will eat half of your Kraft Dinner and buy you a replacement box next paycheque. He became your best friend after one spin of 8:30, pretty much put Newfoundland on the hip hop map (although do go find Johnny Hardcore's disc for a great Newf-rap listen), writes songs about corrupt Saskatchewan cops who leave First Nations Canadians to die in frozen prairie fields, and recounts the plight of the Walmart shopping-cart attendants who lost their jobs ?for thoss eagulle automated 25 cent return? carts. Epic cares in an irresistibly charismatic, so-Canadian, wheatfield-metropolis way. That Gord Downie meets Jack Kerouac meets Henry Rollins kind of way.

The drawl of the Dirty South, the Hotlanta Twang, the Staten Slur and even the T-dot Regg-Eh Chat have all met their match in the Prairie Peep. Carroll is a field mouse with a bullhorn, but as such he's also the glaring exception to Guru's ?It's Mostly The Voice? rule. Epic's notably downhome perspective and subject matter lend an inexplicably airtight ?hip hop? authenticity to his words despite the obvious Frances McDormand influence

4). In the Baton Rouge area: www.myspace.com/epicband

6). There is also an electronic rock band called Epic from Tacoma, WA.

7). A hip-hop rapper Bret "Epic" Mazur from Brooklyn. Currently working on his solo album called "Strip To This" . Formerly, he was playing with rapcore band called "Crazy Town". [http://www.myspace.com/epicmusic32]

Aging Is What Friends Do Together

Chronicles Of The Dragon-Knights (Part One: Of Tears And Blood)