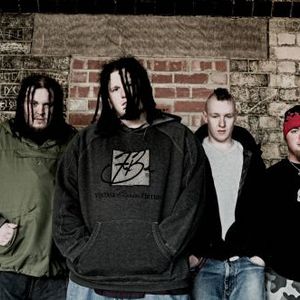 Enemo j pronounced eeneemo - jay the name came from an adjusted title of a patriotic group. The band started in around the year two thousand, Which featured the line up of Craig on vocals and decks, Leroy on vocals, Bucky on bass, Dennis on drums and Bob on guitar, The current line up has changed to Craig and Adam on vocals, Simon on drums, and Broady and Chris on guitar and Bucky on bass. On their first gig the band won first round of the battle of the bands in Tamworth and went on to come third in the overall competition (being the only metal band in the top three).

From this the band has achieved some success winning their home town battle of the bands, coming second in an entire midlands final at emergenza (held by official scouts of Sony/Columbia), to which we won best guitarist collecting an Ernie ball/music man sponsored guitar. They also made the top bands of the midlands held by xposed magazine. An early recording made at the Hive in Derby sold fast, It featured the song 'influential dropoutz' which also featured on two compilation albums going out to reach over a fair few thousand people, The band had since pulled their early demo due to poor quality recording and went on a year long spree of arranging and hosting gigs to make the money for the 1st (and using that same formula and selling a lot of merchandise to make the 2nd album.) After raising nearly four thousand pounds the band hit the studio. Choosing between various producers up and down the country the band settled with Matt Ellis (recommended to us by Julie Weir ?manager of ?lost prophets') who produced bands such as 'Number One Son',

Live By Wish, Not By Hope