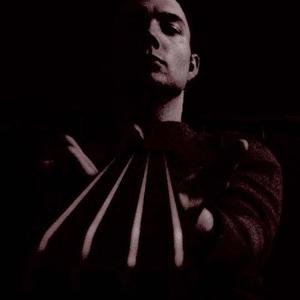 Encomiast is Ross Hagen (composition, production, performance), Nick Paul (synths, programming, 1999-2003), Samantha Balsam (vocals, 2000-01), Megan Garland (flutes, vocals) and Neville Harson (anything and everything), with additional live and recording contributions from Toby Sinkinson, Joe Skinner, Travis Bellet, and many others. Encomiast came into being around 1999 in Colorado, USA and has released five full-length collections on various labels beginning with the self-titled self-released excursion in 1999, followed by:

In addition, the project has been featured on about a dozen compilations, been involved in film music, and performed live in a semi-consistent manner. As indicated by the "members" section, the lineup is fairly malleable, as are the sound sources, encompassing everything from analog synths, to field recordings, to old rock demos.

Upcoming releases include a live album on Gears of Sand, a collaborative effort with Clint Listing and "139 Nevada," a 2-CD split release between Encomiast and the newly-formed The Copper Thieves. The collection is based on recordings done in the allegedly quite haunted Belvidere Theatre in Central City, Colorado.