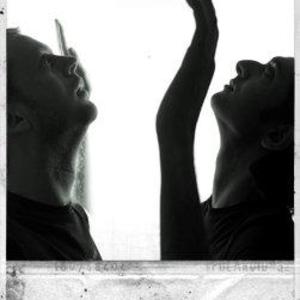 Emptyset is a Bristol based production project formed in 2005 by James Ginzburg, director of the Multiverse studios and network of labels and the curator and electronic artist Paul Purgas. The project explores the legacy of analogue media, integrating aspects of rhythm, signal processing and spatial recording within the framework of minimalist composition. Their work interrogates the perceptual boundaries between noise and music and the potential for both technology and architecture to embed and codify themselves within sound.

Through collaborations with visual designers they have extended their work to explore the potential interactions between sound and image, reflecting upon structural film and video techniques and addressing the evolving relationship between old and new media. Their output includes Demiurge, their second studio album, the 2012 release Medium recorded live in Woodchester Mansion in Gloucestershire and Collapsed an e.p for the raster-noton label. Emptyset have presented live performances at Sonic Acts XIV, Mutek and Berghain and are currently developing a sound installation for the Architecture Foundation in London.