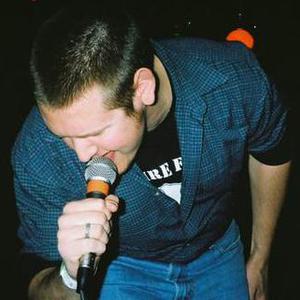 Empire falls started back in 1996 when Bryan Scorch and Hunter fleed from the ruins of their former band Scorch. At a start it was only Bryan on vocals and bass, Hunter on guitar and a drummachine doing the beating. They recorded their first demo with this 2-man lineup and started passing out demo's to the people active in North Carolina's hardcore scene. It didnt take long untill they filled the band with Billy on bass and Will Goodyear on drums. Even if this is the basic first lineup it didnt last very long and soon Billy was replaced by Croad and Will was replaced by Steve on the drums.

Around this time (1997) they did their first tour and also recorded their first full-length Rekindling the fire for Back Ta Basics.

In 1998 they added a second guitarist Nick Fletcher to the band and recorded their second album called Join or die. Soon after this record both Nick Fletcher and Steve left the band but in jumped One life crew's promotional agent Blakey that also lived a secret life as a drummer. They appeared on two tribute comps with this lineup (Warzone & 7 Seconds tributes) and also did a split with the extremly hated Pittboss 2000. As if this split EP didnt out their attitude towards the leftwing elements in the scene they really outed themselfs with what i would consider their first politically charged album that was released in the late 1998 called Making hardcore a threat. This record featured their earlier songs that wasnt really lyricaly "PC clean" like Enemy in our midst and Social Schism all introduced with the song Making hardcore a threat. Basicly putting it clear that the overly leftwing attitude within the harcore scene would now have their nemesis to ban and crucify for a long time ahead.

The bands goal was to get rid of the crusty elements at their shows and deliver an alternative to the otherwise extremly politically correct straightedge scene that now had turned into more of a poetry bookclub. Not only did they make hardcore a threat again, sure they cleaned out the leftwing but with that came a whole new wing that attended their shows... This was the problem that resulted in the bands first breakup. The band was to politically diverse and the band couldnt decide where the band should go from here so they called it quits in 1999.

Around the same time Bryan Scorch and the members from Pitboss 2000 started up a new version of Scorch (no releases of this incarnation as far as i know) and also started up the now legendary band Better dead than red. He also started playing in the legendary Oi! band Patriot and was a member on and of for many years and is credited as bassplayer on their 2004 album. Being busy with all the new sideprojects and all he through about reviving Empire falls again and in 2000 he jumped into the recordingstudio again.

In 2001 he released the Dawn of a new era on his own label Prophecy records and the new lineup sported Eddie on guitar (used to play in Floor13), Doug on bass and Brandon on drums (he would later join Better dead than red). This lineup recorded the Take a stab at society in the late 2001 and it featured the new sound that today is Empire falls with more leaning towards Oi! and punk then your traditional hardcore. Brian also joined Commin correct as their bassplayer for their European tour in the late 2001.
In 2002 Alex started playing drums instead of Brandon that now was a member of Better dead than red under the name Jugghead. Under this lineup they recorded a split 7'' with infamous Antiseen and another one with One life crew.
In 2003 they recorded and released their least hardcore sounding record to date namely The underdogs. It was released through Rock Against Communism Records and featured a heavy rock'n'roll RAC/Punk sound. After this recording some left the band and some new where fired and this resulted in somewhat of a silent 2nd breakup for the band.

2004 and on the lineup changes are to many and to numerous to mention (often having two different drummers per album) but one member that is worth to mentioning is Aaron from punkband Dirty politicians.
Bryan played bass for 25 Ta Life and also did vocals in the new version for Blitz but had time to release 2 splitrecords in 2004. One with Japanese HC band Creepout and another one with the German punkband So fucking what? (that he also did vocals for during their tour in Germany in 2005).

Bottom line is they went against the masses and defied the ruling forces in the hardcore scene and payed the price with being banned from most venues and now lately recordlabels and that gives them some scores in my book. A band that has never made a racist lyric should not get branded as one just for being rightwinged.
Remember kid's always bet on the underdogs!

We Live To Be Hated